Mixed fortunes for our divers in 3m preliminary

PETALING JAYA: Diver Wendy Ng Yan Yee was left to drown in her sorrows but it was all cheers for Nur Dhabitah Sabri at the end of the women’s 3m springboard preliminary competition at the Tokyo Aquatics Centre.

Wendy missed out on the chance to make a second straight Olympic final appearance in her pet event after she finished in 20th spot in the preliminary round yesterday with 251.95 points.

The divers went through a five-dive routine and the top 18 advance to the semi-finals for the individual competition.

It was teammate Dhabitah who will shoulder the challenge for Malaysia after she was placed 10th with 291.60 points.

Wendy made the nation proud when she went all the way into the final to finish 10th in the 3m springboard individual at the 2016 Olympics in Rio de Janeiro.

The Kuala Lumpur-born diver was also a two-time finalist in the World Championships, finishing eighth and ninth respectively in 2015 and 2019.

“Things did not work out for me this time. I was hoping I can maintain my standards but I was not in the best condition,” said Wendy, who had been struggling with shoulder issues in the past one month going into the Tokyo Games.

Dhabitah did not have much problem achieving her initial objective. She launched her bid with a 67.50 and 65.10 in the first two dives to place fifth and kept the momentum going with 58.50 and 54.00.

Her final attempt was not so clean, only earning 46.50 but her place in the top 18 was safe.

Like Wendy, this is the only event for Dhabitah in Tokyo and she is looking to finish in the top 12 today to reach the final.

“Dhabitah went out there not thinking too much and she looked to be enjoying her dives,” said team manager Mae Chen.

“Mentally she should stay focused as any distraction will affect their dive.”

Chinese teammates Shi Tingmao and Wang Han finished 1-2 in the preliminaries yesterday with 350.45 and 347.25 respectively. 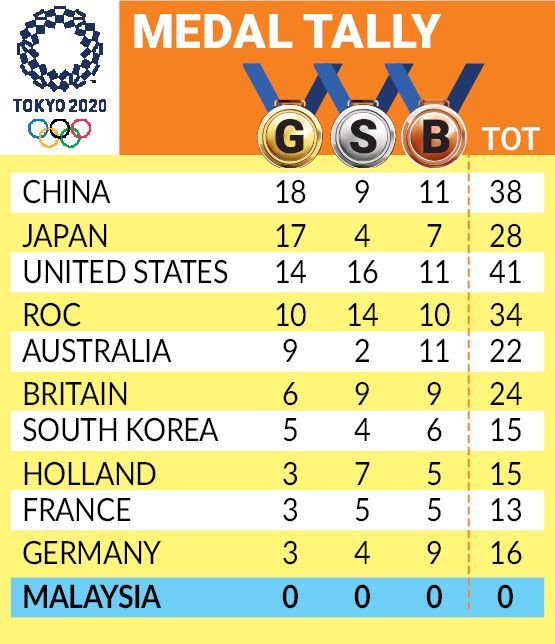 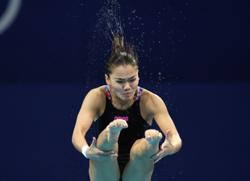