Jun Hoong made the Olympic cut in style with a stunning performance to finish on top after the preliminary round of the women's individual 10m platform event at the Diving World Cup in Tokyo.

The former diving world champion amassed 345.30 points to finish on top after five dives at the Tokyo Aquatics Centre on Tuesday (May 4).

It will be the third straight Olympic appearance for Jun Hoong in Tokyo.

Jun Hoong was competing for the first time in three years since she underwent surgery on both knees and later decided to train under former head coach Yang Zhuliang again in an effort to make the cut for Tokyo.

The top 18 divers go through to the semis tomorrow and are also assured of Olympic spots in what is the last qualifying meet for diving.

Jun Hoong is the fifth Malaysian diver to qualify for the Tokyo Games. 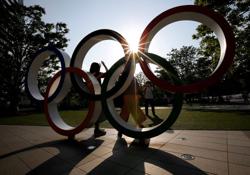