Looking back to go ahead

Not the norm: Malaysian diving star Pandelela Rinong admits missing flying and travelling around for competitions.

PETALING JAYA: Pandelela Rinong will look to the past for inspiration in her bid to achieve what no Malaysian woman athlete has done – make the podium in three straight Olympics.

Pandelela will be 27 by the time Tokyo gets ready to host the Olympics in August this year and she will no doubt feel the weight of expectations on her as one of the senior athletes in the Malaysian contingent.

The 2020 Olympics was postponed because of the Covid-19 pandemic and Pandelela can’t wait to make her fourth appearance in Tokyo, equalling the achievement of her teammate and good friend Leong Mun Yee.

Mun Yee made her Olympics debut way earlier in Sydney (2000) and went for two successive campaigns in Athens (2004) and Beijing. However, she was not picked for Rio in 2016.

Pandelela, who remained in Kuala Lumpur and did not return to her home state in Sarawak to celebrate Christmas because of the quarantine restrictions, said the memories from her second Olympics outing in London never failed to inspire her when the going gets tough.

In London, Pandelela snatched a bronze with her last dive in the women’s 10m platform individual final. It was not just her first diving medal but also a historic first by a Malaysian woman athlete at the Olympics.

“I was targeting a medal in the 10m platform synchro but I did not perform well, ” said Pandelela.

“My morale was really down and I had to jump in the individual platform two days later.

“It is harder to win a medal in the individual event but the coach told me to forget about it and don’t pressure myself.

“I just tried my best, even when I was trailing and to my surprise, I won a medal.

“My first Olympics in Beijing was also my first major competition and I could not really focus on what I wanted. Mentally I was not ready and physically I was not that good as I was injured going into the competition.

“It was in London where I became mentally tougher, ” said Pandelela, who is also set to partner Mun Yee for the 10m platform synchro in Tokyo.

Pandelela made the early cut with Mun Yee for the 10m platform synchro event when they claimed silver in the World Aquatics Championships in Gwangju, South Korea two years ago.

In Rio, Pandelela dived to a silver with Cheong Jun Hoong in the women’s 10m platform synchro event.

It certainly does not get any easier for Pandelela as she has to prepare for two events and thereby looking at a maximum of 25 dives.

Naturally, her wish this year is to put priority on having good physical health above everything else.

“I want to take care of my body as all the training can take its toll, ” she said.

“I also hope to get to fly and travel again. I miss travelling so much. I hope everyone can adapt to the new norm.” 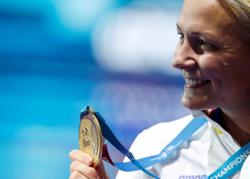