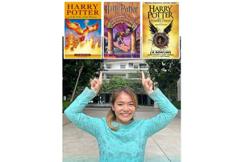 Good to be back: Cheong Jun Hoong scored 237.05 points in the 10m platform individual preliminary round in the Malaysia International Online Diving competition.

Jun Hoong finished last out of four divers in the 10m platform individual preliminary round in the Malaysia International Online Diving competition on Saturday.

It was the 30-year-old’s first competitive appearance since a knee surgery in 2018 and she scored 237.05 points.

Zhuliang, however believed Jun Hoong is making good progress given the circumstances.

“Having been out of action for so long, it’s really good just to see her perform, ” said Zhuliang.

“Yesterday’s result do not really matter because it was more for Jun Hoong to find her touch again.

“And to be honest, she wasn’t really tuned up for this event because she is still in a recovery phase of training.

“It was only a week before the event that she decided to take part.

“Personally, I think she did the best she could at this stage although she herself will know that she was not at her best, ” added Zhuliang.

The next competition for Jun Hoong could well be the Diving World Cup in Tokyo next April, which is the final Olympic qualifying meet.