PETALING JAYA: American playwright Lorraine Hansberry said that the thing that makes you exceptional, if you are at all, is inevitably that makes you lonely.

And that seemed to hold true for Pandelela Rinong, who has put Malaysia on the world diving map with her exploits over the past decade.

The Sarawak-born platform diver, in an interview on the official Olympic channel podcast, revealed she never had the chance to celebrate her birthday with her loved ones since she joined the national squad in 2007.

During those years, she will spend most of her time training for competitions either in Kuala Lumpur or China.

“As I achieved more results, I tend to get lonelier.

“I spent more time diving than being with friends or family, ” said Pandelela.

“Through the years, I realised that I have sacrificed a lot of my personal life. In fact, I have never celebrated my birthday at home since 2007, ” added the 27-year-old, who will make her fourth Olympic appearance in Tokyo next year.

Pandelela also reflected on each of her three previous Olympic outings.

But it was in London 2012 that she made heads turn by becoming the first Malaysian woman medallist at the Games as she won a bronze in the 10m platform individual.

Four years later in Rio de Janiero, Pandelela and Cheong Jun Hoong picked up a silver in the 10m synchro.

“I did not expect to qualify for Beijing back then as I was inexperienced despite doing well during the qualifiers.

“In London, nobody expected me to bring home a medal.

“In Rio, expectations were definitely higher. I’m happy I did not disappoint, ” she added.

Asked on how she is coping with the movement control order, Pandelela said she is relishing the time spent with elder brother, Pardika Indoma.

“This is the perfect time to bond as it’s been awhile since I spent much time with him.

“We play on the PlayStation and cook.

“As for my training, I just do core strengthening exercise and diving visualisation technique.” 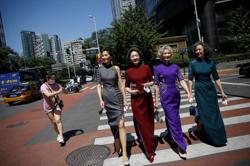 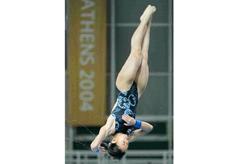