KUALA LUMPUR: Mohd Syafiq Puteh needed to convince coach Australian Christian Brooker that he was worthy of a place in the 3m springboard individual event at the Philippines SEA Games next month.

The 24-year-old, the only married diver in the national team, did it in really convincing fashion by partnering Olympic-bound Wendy Ng Yan Yee to win the mixed 3m springboard synchro final at the Malaysia Diving Grand Prix in Bukit Jalil last night.

Syafiq-Wendy completed the five-dive competition with 299.22 points to claim the third gold for Malaysia in the meet.

It was the first gold medal for both Syafiq and Wendy in the Malaysia GP.

Wendy bagged a bronze in the women’s 3m springboard individual final on Saturday. 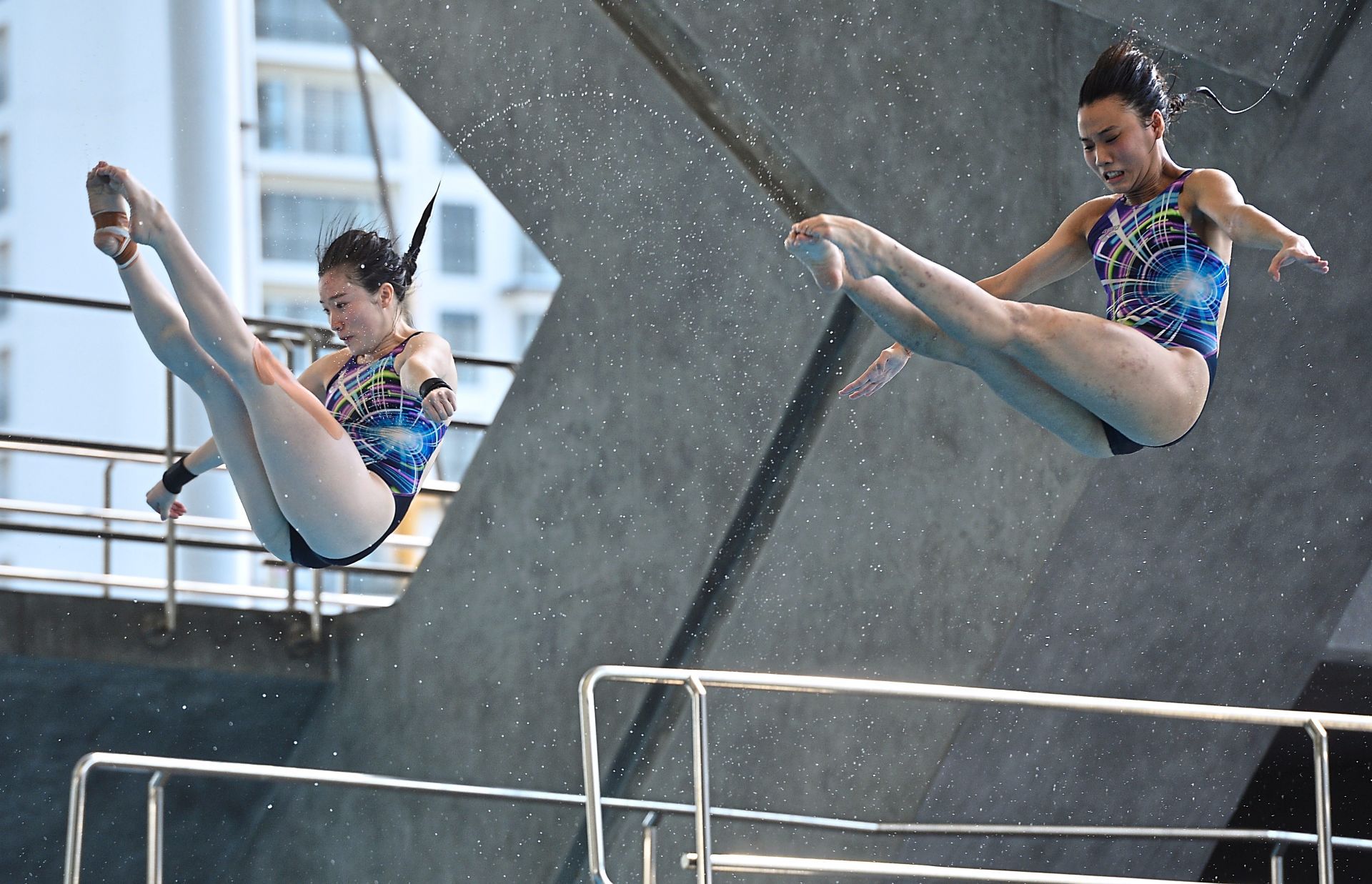 Syafiq was delighted to keep the momentum going by picking up his third gold medal in the FINA world diving circuit in two weeks.

“This is my first medal in Kuala Lumpur as I was placed fifth in the men’s 3m springboard individual final on Friday.

“I was really aiming to put up a good score although I had a different partner as I needed to do well to confirm my spot in the 3m springboard individual at the SEA Games.

“The mixed synchro events will not be contested at the SEA Games, so this was my last chance to prove my worth. We managed to get a good score today and beat the Russian pair.

“I partnered Nur Dhabitah at the World Aquatics Championships in Gwangju, South Korea in July and we finished behind the Russians, ” said Syafiq.

“My form is very good now but I need to spend the next two weeks improving on certain areas before the SEA Games, ” said Syafiq, who got married last December.

Malaysia also got another bronze in the women’s 3m springboard synchro final through Jasmine Lai-Loh Zhiayi (255.72).