On top of that, Zhuliang and Yukun are also in charge of preparing four other juniors – Jellson Jabillin, Hanis Nazirul Jayasurya, Gabriel Gilbert Daim and Muhd Syahmi Rezal – to take the mantle in the future.

Besides Zhuliang and Yukun, Malaysia also have two other Chinese coaches.

As next year is a busy season, the Amateur Swimming Union of Malaysia (Asum) are looking for extra coaching hands.

Diving is one of the sports that Malaysia have a decent chance of winning golds at next year’s Australian Commonwealth Games and Indonesian Asian Games.

Said Asum secretary Mae Chen: “We’re urgently looking for at least one more coach to help in the Podium Programme. It’s a headache, especially on the coaching side. We have divers competing in the Diving World Series as well as the World Grand Prix legs every year.

“Sometimes we only have one coach in Kuala Lumpur as the others are overseas for competitions. That’s why some of the juniors are lagging behind in their training.

“It’s going to be worse next year. We’ve got to prepare for the Commonwealth Games and Asian Games as well as the World Series and Grands Prix. So, it’s important for us to start hiring coaches as soon as possible.” 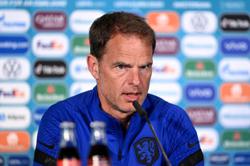