(Reuters) - Finland will have to wait a year longer than planned for its MotoGP return, with the race at the KymiRing circuit now postponed to the 2023 season due to homologation works and the geopolitical situation in Europe, organisers said on Wednesday.

Homologation is the process of certifying whether a race track, vehicle or part is compliant with a set of standardised rules prior to its use in a professional race.

"Homologation works at the KymiRing, together with the risks caused by the ongoing geopolitical situation in the region, have sadly obliged the cancellation of the Finnish Grand Prix in 2022," MotoGP in a statement.

Finland's neighbour Russia began its invasion of Ukraine three months ago, with Moscow calling it a "special military operation" to rid Ukraine of neo-nazis.

"The current circumstances have created delays and put the ongoing work at the new circuit at risk," the statement added.

"All parties have therefore agreed that the track's debut must be postponed to 2023, when MotoGP looks forward to returning to Finland for the first time in four decades."

The circuit near the city of Kouvola, in southern Finland, was officially opened in August 2019. Finland last hosted a race in 1982.

The late Jarno Saarinen, who died at Monza in Italy in 1973, is the only Finn to have won a motorcycle grand prix world championship, in 250cc in 1972.

(Reporting by Aadi Nair in Bengaluru; editing by Martyn Herman) 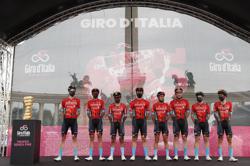 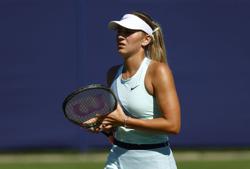