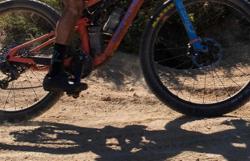 THE cyclists knew they had a mountain to climb when they were informed in March that they would be competing in the SEA Games.

With barely two months to prepare, the category B athletes headed to Cameron Highlands for three weeks of intensive training before flying to Hanoi early to get a feel of the terrain.

The well-laid plans paid off as the mountain bike cyclists claimed an unexpected gold in the cross country relay mixed team event in Hoa Binh province, about 100km from the capital yesterday.

Malaysia have won gold in road and track events in the past but this is the first time they have excelled in the mountain bike discipline.

The win was the team’s third medal.

Nur Assyira, a coach for Perak’s mountain bike team, claimed silver in the women’s cross country on Monday and was joined on the podium by Natahsya, who picked up the bronze.

Coach Arif Syukri Ahmad Sabti was ecstatic that his charges had come out tops in the highly competitive race.

“Our plan was to let the two guys – Syazrin and Zulfikri – go first in the opening two laps and with the girls to follow.

“Thankfully, everything went smoothly for us.

“It was a very close race as Vietnam, Thailand and Cambodia were also pushing hard in the first few laps.

“We managed to inch ahead towards the end and Natahsya finished the job splendidly.

“We are obviously very happy as this is the first ever mountain bike gold for Malaysia.

“Our only big achievement before this was in the 2011 Games (in Indonesia) when Masziyaton Radzi got a silver in the women’s cross country.

“The fact that the cyclists came here under Category B (self-funded) makes it even more memorable,” said Arif, who added that they were in Cameron Highlands in April before leaving for Vietnam on May 1.

“We were the first Malaysian team to arrive here as we wanted to check out the competition route. This helped us to familiarise with the conditions.

“Our target was to win two medals of any colour, but we have exceeded it by winning three. It makes all the efforts of the riders, coaches, manager and mechanics worthwhile.”

The cycling team have thus met their one-gold target even before the road cycling competition begins tomorrow. 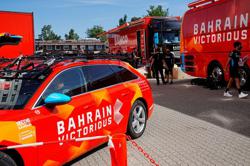