(Reuters) - Cycling New Zealand's (CNZ) high performance boss Martin Barras has resigned after an investigation found the team had broken Olympic rules when replacing a cyclist at the Tokyo Games.

Barras was not directly involved in the breach but was ultimately responsible for the conduct of New Zealand's Olympic cycling team, CNZ said in a statement on Friday.

"He has therefore tendered his resignation, which I have accepted," CNZ's outgoing Chief Executive Jacques Landry said.

Landry said he became aware of a "possible integrity breach" after the Games and launched a preliminary investigation.

The New Zealand Olympic Committee (NZOC) then launched its own investigation which confirmed the breach.

CNZ declined to provide details as to who was involved in the breach and in which event it occurred.

"Out of respect for the participants who took part in the investigation under conditions of confidentiality, no-one at Cycling New Zealand is able to make any further comment on the matter," he said.

The NZOC said only that its investigation had found the process to replace an athlete had not been conducted according to International Olympic Committee and UCI rules.

"The International Olympic Committee has been briefed on the investigation and its findings and is satisfied with the action taken," NZOC said.

NZC has been under the microscope following the sudden death of Olympian Olivia Podmore in August at the age of 24, which triggered an independent inquiry.

Podmore cycled for New Zealand at the 2016 Rio Olympics but was not part of the Tokyo team.

(Reporting by Ian Ransom in Melbourne; Editing by Michael Perry) 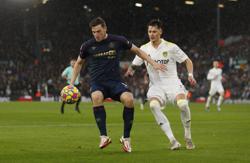