Prestigious offer can wait as Azizul focused on Paris 2024

PETALING JAYA: Education is important but Tokyo Olympics silver medallist Azizulhasni Awang has made up his mind that his focus for now is on the 2024 Paris Games.

UPSI also presented Azizul with a post graduate studies scholarship (doctor of philosophy) as well as a lecturer position for him to take up when he is ready.

Azizul said he was honoured to be given the award, scholarship and job offer from UPSI.

“It is a dynamic offer from UPSI which offers me the opportunity to start something new when the time comes for me to hang up my bicycle (retire),” said the Terengganu-born cyclist.

“I hope awards such as these will also motivate my fellow athletes out there to work harder and strive for success at the highest level.

“I have, however, informed UPSI that I am not making any concrete decisions on the offers for now as I am fully focusing on Paris 2024 first,” said Azizul.

It was in Tokyo where Azizul had to settle for silver in his fourth Olympics campaign.

The rest of the field were caught out by an audacious move from Britain’s Jason Kenny who sprinted early and Azizul managed to beat the reigning world champion Harrie Lavreysen of Holland to secure his second Olympic medal.

Azizul, who was conferred a datukship earlier this year, is the nation’s most successful track cyclist having won Olympics bronze in Rio de Janeiro (2016), silver in Tokyo, the world championships in 2017 as well as 10 Asian Championship gold medals.

Azizul is only the third Malaysian athlete to win more than one Olympic medal. Shuttler Lee Chong Wei (three silvers) and diver Pandelela Rinong (silver and bronze) are the other two. 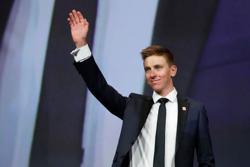