TOKYO (Reuters) - Dutch BMX racer Niek Kimmann has an anxious wait to see if he will be able to ride in the men’s quarter-finals at the Olympics on Thursday after a bizarre crash involving an official.

The accident continued the cycling calamities for the Netherlands at the Tokyo Games after botching their women’s race tactics and then seeing mountain bike favourite Mathieu van der Poel crash out in Monday’s men’s cross country race.

Kimmann, 25 crashed hard while practising on the Olympic course on Monday, hurting his knee, when an official suddenly crossed onto the track.

He said he would skip Tuesday's training and wait to see whether the injury would recover but is hopeful of being able to race.

"It will not be pain-free. It is difficult for me to say how bad it is now. It may well be that it is not that bad," the former World Cup winner told Dutch television. 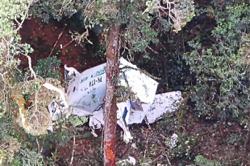