One for the album: Former national track cyclist Josiah Ng (right) with the Sarawak cycling team after a road training session recently.

PETALING JAYA: As an athlete, cyclist Josiah Ng reached the pinnacle of his sport by competing in the Olympics. As a coach, he excelled by producing an Asian Games champion.

Yet, three-time Olympian Josiah is seen as not good enough for the National Sports Council (NSC).

He was considered for a coaching role in the NSC cycling programme last year but he did not get the job eventually.

But the NSC’s loss is certainly Sarawak’s gain. The 41-year-old Josiah has now been entrusted with the task to coach the Sarawak cycling team for the 2022 Malaysia Games (Sukma) in Johor.

Although it’s not an enviable job to train a state team, Josiah is loving every moment of it.

“I guess NSC’s loss is Sarawak’s gain. Sarawak is my home state and it’s my chance to help them come up in cycling, ” said Josiah.

“I officially started in September last year but there was not much we could do because of the conditional movement control order in place not long after that.”

Josiah underlined his coaching ability when he made history for Thailand at the 2018 Asian Games in Indonesia by coaching Thailand’s Jai Angsuthasawit to an unexpected gold medal in the men’s keirin. 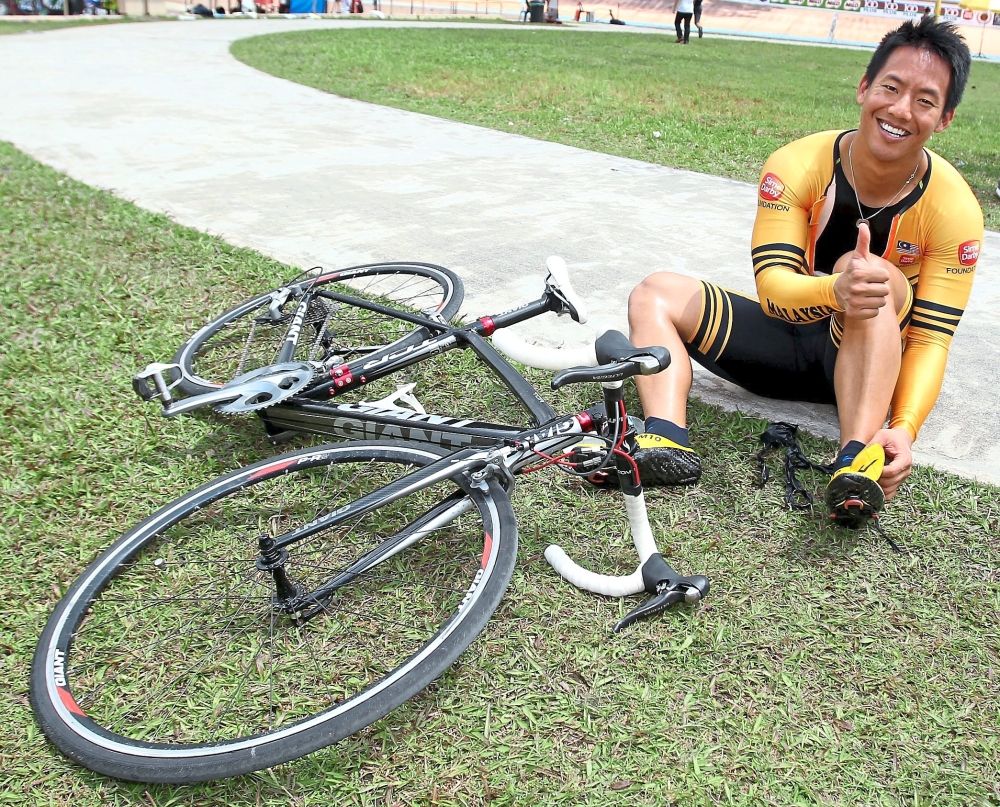 Josiah, however, knows it will not be an easy task to turn Sarawak’s juniors into instant cycling winners as they will be going up against the heavyweights from Johor, Selangor, Terenganu and Perak, who are dominant in the disciplines like track cycling, road cycling and mountain bike.

But Josiah sees the huge challenge as an opportunity and the postponement of the Sukma to 2022 as a timely blessing.

“I love a challenge. I want to train this inexperienced bunch to fight for medals, especially in track endurance and mountain bike, ” said the former Commonwealth Games gold medallist, who left Sarawak for the United States when he was just five.

“People do not talk about Sarawak when it comes to cycling but I think they will in two years’ time. We will be one of the major contributors of national talents.

“With Sukma one year away, it will give us more time to close the gap on the others.

“My cyclists didn’t even know how to race when I started with them.

“We had to start from scratch, ” added Josiah, who is assisted by three coaches.

His juniors aged between 16-21 have been training in Kuala Lumpur for the past few months. They were based at the National Velodrome in Nilai but due to travel restrictions, they had to train at the Sepang International Circuit.