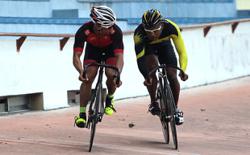 PETALING JAYA: National track cyclists Azizulhasni Awang and Mohd Shah Firdaus Sahrom have another chance to strut their stuff when they take part in the keirin event at the Victoria Elite Track Championships in Melbourne tomorrow.

Former keirin world champion Azizul has done well in the last two outings when he won gold in keirin at the Australian National Championships in December and also in sprint at the Victoria Elite Track Championships last week.

Azizul said the next stint would be an experimental outing for himself and Shah Firdaus as they get pitted against the best Australian cyclists in the field.

“I’m going to compete in the Victoria state competition again this week but it will be in the keirin this time, ” said Azizul.

“I think they have separated the events (over two weekends) as part of their standard operating procedure.

“I don’t really have any big expectations for this competition as we are currently undergoing a heavy training block.

“This race is just part of my training programme.

“I usually try to use different race strategies for events like this. This is the time to use those high-risk tactics.

“In the sprint last week, I was using much smaller gears compared to when I went for the world championships in Germany – my last major competition two years ago, ” he added.

Both have qualified for the Tokyo Olympics for individual sprint and keirin. 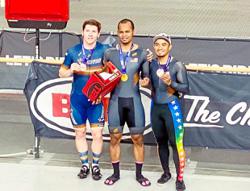