Waldron in pursuit of more records at senior level 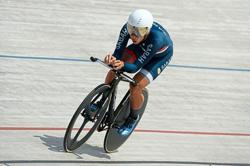 Waldron: ‘I will continue to try and break the pursuit record.’

PETALING JAYA: Waldron Chee is stepping up to the senior category this year and wants to make the opportunities count.

Despite limited competitions last year because of Covid-19, Waldron tasted both success and failure in his final year as a junior.

The 18-year-old pulled off a career breakthrough when he won the junior individual time trial at the National Road Championships in Melaka in September.

It was his first national title but failed in his bid to end the year on a high note.

The Sabahan was off the mark in his attempt to break the junior 3km individual pursuit national record in a specially organised trial at the National Velodrome in Nilai recently.

“It was quite sad to end my junior year (like this). I was hoping to break the (individual pursuit) record but I was not able to achieve it, ” said Waldron.

“Next year is going to be different as I will be racing in the elite (senior) category.

“I will continue to try and break the pursuit record but in the elite category. I will be working hard towards that.

“There is also the Asian Cycling Championships planned next year and if I am selected, I will definitely give it my best shot, ” he said.

Waldron first grabbed headlines when he won the junior individual pursuit bronze medal at the Asian meet in Jakarta two years ago in his first international event.

But despite his recent success on the road, Waldron still prefers racing in the velodrome.

“I prefer the track, but after the national (road) meet in Melaka, my legs felt heavy when I went back on track, ” he said.

“They are both very different. The road time trial is (roughly) 30km long but on track, I only race for 3km.

“They require different kinds of strength, ” said Waldron, who is based in Kuala Lumpur with the rest of the Sabah cycling team. 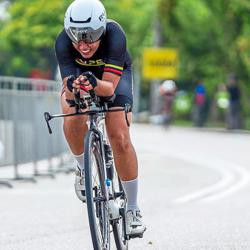