Team doctor confirms Gaviria has been re-infected by COVID-19

(Reuters) - UAE Team Emirates said on Tuesday that rider Fernando Gaviria had tested positive for COVID-19 at the Giro d'Italia.

Race organisers had said earlier that a Team Emirates rider and a Team AG2R La Mondiale staff member had returned positive results from the latest round of testing.

The Giro had been on the brink of being cancelled last week after five teams were hit by COVID-19 cases, with the Mitchelton-Scott and Jumbo-Visma teams withdrawing before the 10th stage.

However, organisers said all riders and staff members tested negative later in the week before 492 tests on Oct. 18-19 yielded the two positives.

Team Emirates said there were no other positive results from its riders or staff.

"All other riders and staff returned a negative test, and will undergo further testing today," the team said in a statement.

"Gaviria was immediately isolated following the test result and is feeling well and is completely asymptomatic. This is the second time the Colombian has tested positive for the virus, after also having it in March."

The Colombian had previously tested positive following the cancellation of the ill-fated UAE Tour in February.

Gaviria and the staff member were referred to their team doctors, who organised isolation measures and took action concerning contact cases.

The Giro, after a rest day on Monday, continues with stage 16, a 229-km route from Udine to San Daniele del Friuli. Portuguese Joao Almeida holds a 15-second lead. 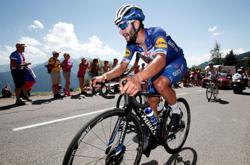 Team doctor confirms Gaviria has been re-infected by COVID-19 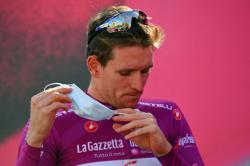