PETALING JAYA: National track cyclist Azizulhasni Awang’s four-month reign on the top of the world keirin ranking has come to an end.

The top spot held by the 33-year-old has been snatched by the Flying Dutchman, Harrie Lavreysen, according to the latest ranking released by the International Cycling Union on Saturday.

Azizulhasni, nicknamed the Pocket Rocketman, dropped to second spot with 2,710 points while Lavreysen leads with 2,885, thanks to his superb win at the Track Cycling World Championships in Berlin in March.

The setback however is not going to weigh Azizul down as he hunts for Malaysia’s first-ever gold medal at the 2021 Tokyo Olympic Games.

Azizul said he is not disappointed as he had expected the 23-year-old Dutch rider to pip him to the top spot.

“I knew he would take the top spot after his win in Berlin,” said Azizul, who settled for the bronze medal at the event.

“The competition offered double points and at the same time, Lavreysen is a continental champion.

“So the combination of his latest result gave him the advantage to beat me to the top spot. It’s obvious that he will be a major threat at the Olympics.”

Azizul however said he would not only focus on besting Lavreysen but would also look at the other riders who have qualified as he considers all of them as contenders for the gold medal.

“We are still conducting performance analysis on all the riders who have qualified for Tokyo but of course special attention will be given to Lavreysen as he’s the best right now.”

Despite the slide in keirin, Azizul’s ranking in sprint went up 10 rungs and he is now at No. 5, thanks to his bronze-medal win in Berlin.

Azizul’s two podium finish at the world meet earned Malaysia two slots for keirin and two slots for sprint at the Tokyo Olympics which will be held from July 23-Aug 8 next year. 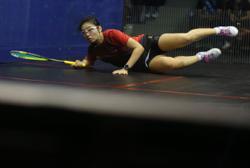 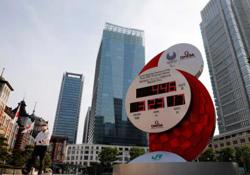 Tokyo Olympics likely to be pared down, says JOC chief 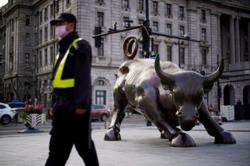