(Reuters) - County Championship side Durham were left to rue a batting mishap on Thursday, however it was not a sloppy shot that cost them dear but the size of Nic Maddinson's willow, resulting in a 10-point deduction.

Australian Maddinson used a bat that failed a bat-gauge test during Durham's game against Derbyshire earlier this month. The equipment was inspected by the umpire before the left-hander was asked to continue with another bat.

"The CDC considered the points put in mitigation by Durham CCC and Maddinson, that the offence was committed unintentionally, but confirmed that the matter had to be dealt on a strict liability basis."

Marylebone Cricket Club rules dictate that a bat must not be longer than 96.52cm from the handle down and its dimensions should not exceed 10.8cm for width, 6.7cm for depth and 4cm for its edges. 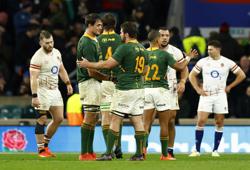