(Reuters) - Retired batsman Ross Taylor has revealed he was offended by race-based remarks from team mates and staff in New Zealand dressing rooms during his career and said the country's cricket board could do more to bring Polynesian talent into the sport.

Taylor, who has Samoan heritage on his mother's side, described in his book "Ross Taylor Black and White" how he and other team mates endured insensitive "banter" from white players.

"In many ways, dressing room banter is the barometer," wrote Taylor, who played his last international match in April.

"A team mate used to tell me, 'You're half a good guy, Ross, but which half is good? You don’t know what I’m referring to.'

"I was pretty sure I did.

"Other players also had to put up with comments that dwelt on their ethnicity. In all probability, a Pakeha (white New Zealander) listening to those sorts of comments would think, 'Oh, that’s okay, it’s just a bit of banter'.

"But he’s hearing it as white person, and it’s not directed at people like him. So, there’s no pushback; no one corrects them."

"You wonder if you should pull them up but worry that you’ll create a bigger problem or be accused of playing the race card by inflating harmless banter into racism," the 38-year-old said.

"It’s easier to develop a thick skin and let it slide, but is that the right thing to do?"

He said former staff members had made clumsy comments that "landed with a thud".

"Let me be clear: I don’t think for one minute that they were coming from a racist perspective," he said.

"I think they were insensitive and lacked the imagination and empathy to put themselves in the other person’s shoes.

More than 8% of New Zealand's population identify as being of Pacific origin but Taylor is one of only a few Pasifika cricketers to reach the highest level in the country.

Elite rugby in New Zealand, however, is laden with talent from the Pasifika community.

Taylor said some Polynesian parents might be put off by the cost of cricket gear.

"But maybe New Zealand Cricket should be putting more resources into the Polynesian community because there must be more where I came from," he wrote. 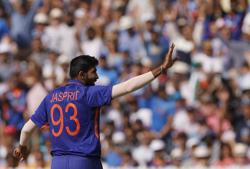