Cricket-Archer ruled out for season as England's bowling crisis deepens (Reuters) -England fast bowler Jofra Archer has been ruled out for the season with a stress fracture in his back, the country's cricket board (ECB) said on Thursday.

Archer has not played international cricket since March last year due to an elbow injury, and had a second round of surgery on his elbow in December.

It is the latest in a string of injury setbacks in England's bowling department, with fellow fast bowlers Chris Woakes, Saqib Mahmood, Sam Curran and Mark Wood all sidelined due to injury.

"After being diagnosed with a stress fracture to the lower back, England and Sussex seamer Jofra Archer has been ruled out for the rest of the season," the ECB said in a statement.

"No timeframe has been set for his return. A management plan will be determined following further specialist opinion over the coming days."

The 27-year-old said earlier this month that he had feared he might not play again after undergoing a second operation on his injured right elbow.

England return to action next month when world test champions New Zealand begin a three-match tour at Lord's on June 2, followed by matches at Trent Bridge and Headingley.

England, who will be led by new captain Ben Stokes and recently-appointed red-ball coach Brendon McCullum, have won only one of their last 17 tests.

(Reporting by Aadi Nair in BengaluruEditing by Toby Davis) 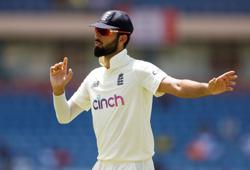