MUMBAI (Reuters) - Sunrisers Hyderabad captain Kane Williamson will miss the remainder of the Indian Premier League season to return to New Zealand for the birth of his child, the IPL team said on Wednesday.

Hyderabad are eighth in the points table and must win their final league match against Punjab Kings on Sunday while hoping other results go their way to make the playoffs.

"Our skipper Kane Williamson is flying back to New Zealand, to usher in the latest addition to his family," Hyderabad said on Twitter.

"Here's everyone at the Riser camp wishing Kane Williamson and his wife a safe delivery and a lot of happiness."

Williamson has endured a tough time with the bat in the IPL and vacated the opener's slot to bat at number six in Tuesday's victory against Mumbai Indians.

Hyderabad are yet to announce who will lead the side in absence of the New Zealand captain.

The 31-year-old has battled back from a long-standing elbow problem and is set to make his test return next month in a three-match series in England. 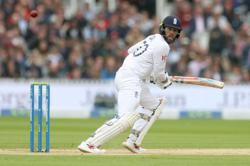 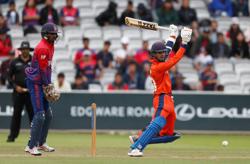