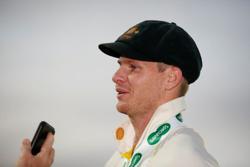 MELBOURNE (Reuters) -England captain Joe Root won the toss and elected to bat first in the opening Ashes test against Australia at the Gabba on Wednesday as the tourists omitted paceman Stuart Broad in a major surprise.

With seasoned quick James Anderson also rested until at least the second pink ball test in Adelaide, England are leaving players with 1,156 wickets on the bench.

Root said the decision was an issue of man management over a long series.

"It was a very hard decision to make but there's five test matches and all those guys will be wanting to play a big part in the series," Root said on a humid morning at the Gabba.

"It's important they are all ready to go when their time comes."

That leaves Ollie Robinson and Mark Wood to lead the pace attack, with spinner Jack Leach recalled for his first test since the India tour.

Root noted grass on the pitch but felt the conditions favoured batting.

"(The field) is quite soft underneath and might harden up and go faster on the second or third day," he said.

Australia hold the Ashes after retaining the urn in the 2019 series in England.

New captain Pat Cummins said Australia would have batted first if they won the toss.

"Really excited to get out there, looks like there'll be a bit in it for us.

"I would have thought one of Broad and Anderson would have played the first test but it's not a huge deal. They're a good XI and we'll have to play well." 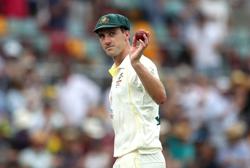 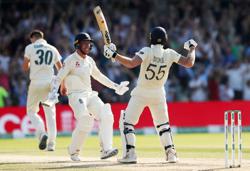