CAPE TOWN (Reuters) - Cricket South Africa are waiting for Quinton de Kock to explain his motives for pulling out of the Twenty20 World Cup win over West Indies on Tuesday as his future with the team hangs in the balance.

De Kock pulled out of the eight wicket win over West Indies after CSA issued a directive hours before the game that said players must 'take a knee' ahead of the match. He has previously refused to do so, citing his freedom of choice.

CSA confirmed through a spokesperson on Wednesday that De Kock, regarded as one of the leading batsmen in the world, was finalising a statement that will be released "as soon as possible", but added he remains "very much part of the team".

Support for the BLM movement has been a contentious issue within South African cricket since it first emerged, with players differing in their views on how and whether to show public support.

Coach Mark Boucher said last November the players had reached a consensus among themselves on the way forward, and that they were able to abstain, but the CSA board has now rejected this, ordering the team to show a united front.

This was only revealed to the players on their way to the ground for Tuesday’s match, which led to De Kock’s late withdrawal.

It has divided opinion in South Africa between those who believe De Kock has a morale obligation to support BLM, and others who value his right to not publicly show his support.

Board chairman Lawson Naidoo defended the timing of the directive in the midst of a World Cup campaign.

"Unfortunately, we can't choose the time when we have to deal with these things. The situation is what it is," Naidoo was quoted as saying by South Africa’s Sport24 website. 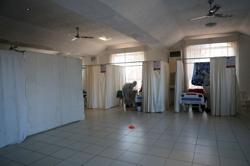