(Reuters) -Ireland seamer Curtis Campher accomplished the rare feat of taking four wickets in four consecutive deliveries against the Netherlands to set up an easy seven-wicket win for his side in their Twenty20 World Cup match in Abu Dhabi on Monday.

Campher took four wickets for 26 to run through the middle-order before Mark Adair picked up three wickets to mop up the tail to help Ireland bundle out Netherlands for 106 despite a valiant 51 from opener Max O'Dowd.

The target was not enough to test Ireland and they chased it down with almost five overs to spare, thanks to a stroke-filled 44 from Gareth Delany.

Sri Lanka, the 2014 champions, are also having to jostle with the game's minnows in the preliminary round and Dasun Shanaka's men also had a comfortable start with a seven-wicket win over Namibia in the day's second Group A outing.

Off-spinner Maheesh Theekshana led an inspired bowling performance from Sri Lanka with three wickets as the island nation bundled out Namibia for 96.

Sri Lanka's chase got off to a shaky start as they lost three quick wickets but Avishka Fernando and Bhanuka Rajapaksa steadied the ship with an unbroken 74-run stand to see the side home with 6.3 overs to spare.

The four teams in the group will play each other before the top two advance to the Super 12 stage.

Earlier in the day, coming on to bowl his second over, all-rounder Campher first dismissed Colin Ackermann caught down the leg side after umpire Rod Tucker's not out decision was overturned on a review by Ireland.

Ryan ten Doeschate was then out leg before wicket before the team once again challenged Tucker to get an lbw decision overturned against Scott Edwards that made Campher the first Ireland bowler to complete a hat-trick in T20 internationals.

There was more joy for the 22-year-old Campher at the Zayed Cricket Stadium when Roelof van der Merwe dragged a seemingly innocuous delivery onto his stumps to give the bowler his fourth wicket of the afternoon.

Sri Lanka fast bowling great Lasith Malinga and Afghanistan leg-spinner Rashid Khan are the only other cricketers to have taken four wickets in consecutive deliveries in T20 internationals. 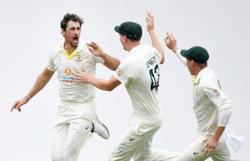 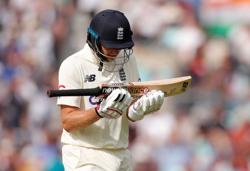