Cricket-Injured Blundell out of New Zealand's ODI series in Pakistan 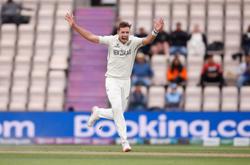 LAHORE, Pakistan (Reuters) - New Zealand wicketkeeper-batsman Tom Blundell will miss the one-day series against Pakistan due to a left quad strain, the tourists said ahead of Friday's series opener in Rawalpindi.

All-rounder Daryl Mitchell, who was initially picked for the subsequent Twenty20 series against Pakistan, will join the one-day squad ahead of the second match after completing his mandatory isolation.

"Obviously everyone is gutted for Tom, he's a quality player with a diverse skill-set," stand-in coach Glenn Pocknall said in a team statement on Thursday.

"He'll remain with the squad and we're hopeful he'll be available again for the T20I series.

"With Tom out, we do lose our first choice back-up wicket-keeping option.

"However, there are several guys in the squad with keeping experience and we'll ensure they do the necessary work at training to be up to speed if called upon."

Pocknall and Shane Jurgensen will split coaching duties in Pakistan as regular coach Gary Stead stayed back in New Zealand.

Blundell sustained the injury during their 3-2 Twenty20 series defeat in Bangladesh.

"The injury is not quite where we want it so we think it’s best for him to concentrate on his rehab given the big summer of cricket ahead," physio Nishil Shah said.

New Zealand will play three one-dayers against Pakistan before moving to Lahore for a five-match Twenty20 series. 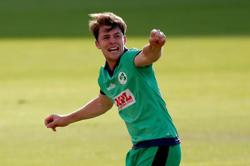