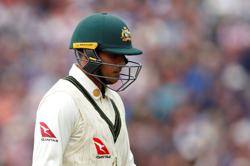 (Reuters) - The Pakistan Super League (PSL) will be held in January and February next year, the country's cricket board said on Saturday following a meeting with the Twenty20 tournament's franchises.

The tournament is usually held during February and March every year but the PCB is expecting Australia to tour Pakistan during that window, according to the sport's global governing body International Cricket Council's future tours programme.

The 2021 edition of the PSL started in February in Pakistan but was suspended the next month due to COVID-19 cases among staff and players.

It was later completed in June in Abu Dhabi, with the Multan Sultans crowned champions.

(Reporting by Manasi Pathak in Bengaluru; Editing by Alison Williams)