NEW DELHI (Reuters) - New Zealand wicketkeeper BJ Watling will miss the second and final test against England with a back injury, the tourists said hours before start of the match at Edgbaston on Thursday.

Tom Blundell will replace Watling behind the stumps and bat at number six, New Zealand Cricket said in a statement.

"The injury has troubled Watling in the past and although it has improved in the past 24 hours, it hasn’t improved enough to be confident of him getting through a full Test behind the stumps," the statement read.

This is a second blow for the tourists who will also be without regular skipper Kane Williamson who was ruled out on Wednesday with an elbow injury.

In his absence, Tom Latham will lead the side which played out a draw in the opening test at Lord's. 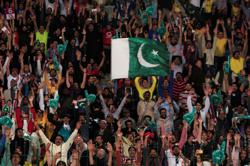