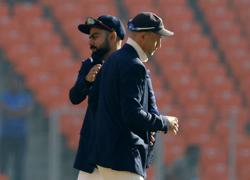 (Reuters) - An injury-ravaged India have shown tremendous resilience to stay afloat in the four-test series against Australia and Mohammed Siraj best illustrated their never-say-die attitude with his maiden five-wicket haul in the Brisbane decider on Monday.

It has been an emotionally testing tour for the 26-year-old who lost his father in November but stayed on to make his test debut in Melbourne.

His mental strength was further tested in Sydney, where a section of the crowd targeted him, prompting an investigation into India's allegation of racial abuse of some of their players.

Heading into Brisbane, Siraj found himself leading a depleted Indian pace attack that included Shardul Thakur and Navdeep Saini, both of whom had played only one test, plus debutant T Natarajan.

The left-arm quick responded by claiming 5-73 to help to dismiss Australia for 294 in their second innings at the Gabba.

"I'm grateful I got this opportunity to play for India and managed a five-for. I wish my father was around to see it," an emotional Siraj told a video conference.

"It was tough after he passed away. I spoke to my family and gained strength after talking to my mother. My focus was to fulfil my father's dream of me playing a test match for India."

Siraj has done a lot more than that and will finish the series as India's most successful bowler with 13 wickets from three tests.

As he led the side off the field, Siraj received a standing ovation from his team mates and was hugged by India's pace spearhead Jasprit Bumrah, who missed the match with an abdomen injury.

Tributes also flowed from former players for a performance that helped to keep the sries level at 1-1.

"Wonderful moment for Mohammed Siraj. Deserving in so many ways but even more so because of what he's been through the last few months. His father would be so proud," former England women's cricketer Isa Guha. 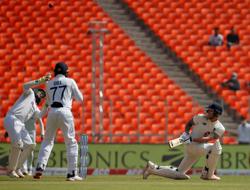