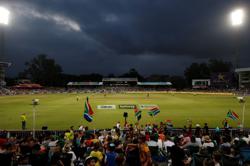 (Reuters) - The organisers of Sri Lanka's new Twenty20 league are bullish about the franchise-based tournament despite a slew of teething problems that preceded its scheduled start on Thursday.

SLC vice president Ravin Wickramaratne dismissed suggestions that the board should have waited for the COVID-19 pandemic to subside before launching the league.

"The game of cricket was stopped for a while following the pandemic outbreak, however, we cannot keep it on hold for more than this," Wickramaratne, also the league's tournament director, told Reuters in an email interview.

"None of us know for sure when this is going to end... this is the 'New Normal', we need to adapt to it.

"A T20 league of this nature has been a long-felt need for Sri Lanka Cricket, and postponing this for a further year or two is not going to help SLC's forward journey."

The SLC even considered hosting the five-team league in Malaysia or the United Arab Emirates while finalising quarantine arrangements with the country's health ministry.

Nothing illustrated the league's chaotic build-up like Herschelle Gibbs' association with it.

The former South Africa player was first unveiled as a commentator but ended up being the Colombo Kings head coach following a series of coincidences.

Dav Whatmore was initially named the Colombo coach but following his withdrawal, the job was offered to former England bowler Kabir Ali.

Ali then contacted COVID-19 and was unavailable and Gibbs was roped in.

"Been an interesting day or two but so grateful to be head coach of @ColomboKings," an amused Gibbs tweeted after his appointment.

Earlier this month, Pallekele was dropped as a second venue as SLC decided to host the entire tournament in a bio-secure bubble in Hambantota.

"These are tough times for everyone," IPG chief executive Anil Mohan told Reuters.

"Every country is doing their best to keep their people safe. Whatever is the protocol, we have to follow."

The tournament lost some sheen with the late withdrawals of players like South African Faf du Plessis and West Indian Chris Gayle.

However, the league landed a title sponsor last week and lined up an impressive list of domestic and international broadcasters.

Sony Pictures Networks will broadcast the league through much of south Asia, including India, while Sky Sports have taken the rights for United Kingdom, Mohan said.

The league will be played behind closed doors with the final scheduled on Dec. 16.

"Most of the countries have used such leagues to build their teams in the shortest format of the game and I am sure LPL is going to build that path for Sri Lanka Cricket," said SLC's Wickramaratne. 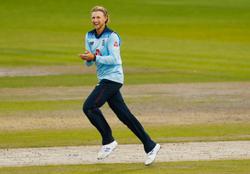