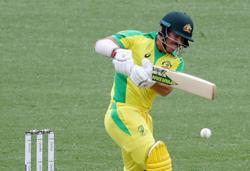 (Reuters) - Australia will welcome back Steve Smith and David Warner with "open arms" when their international bans expire and their inclusion will boost the team's chances of winning this year's World Cup, former leg-spinner Shane Warne has said.

Smith and Warner were suspended for 12 months for their roles in a ball-tampering scandal in South Africa last year and can return to top-level cricket at the end of the month.

While the bans end in time for the pair to play the final two one-day internationals of the five-match series against Pakistan, neither was included in the squad as they are both recovering from recent elbow surgery.

"I think Smith and Warner will be accepted with open arms. They have done their time. They are not bad people, they just made a bad mistake," Warne, who claimed 708 wickets for Australia in 145 tests, told Sky Sports.

"When you have got that sort of class as a cricketer, they will go straight back into the World Cup squad."

World champions Australia picked up a 3-2 ODI series win in India, gathering momentum in time for the May 30-July 14 World Cup in England and Wales.

"The way Australia are playing at the moment, I wouldn't write them off and I think they can win the World Cup," Warne added.

"They just beat India in the T20 series and to chase 360 in India without Smith and Warner is an ominous sign for the rest of the World Cup competition."

(Reporting by Hardik Vyas in Bengaluru; editing by Sudipto Ganguly)