Raja Jaafar (back row, wearing sunglasses) with the jubilant English College squad and officials at the 10th edition of MCKK Premier 7s.

In an exciting end to the 10th edition, EC (also known as Maktab Sultan Abu Bakar) had been placed as favourites, having won their first title since the inception of the championship in 2011.

EC drew first blood in the third minute in the all-Johor affair, when a searing run by Mohd Ridzuan Haikal Mohd Rais, who was later named the tournament’s most valuable player, saw him touch down in the corner for a 5-0 lead.

Undaunted, 2017 champions SSTMI struck back through a try at their at the death of the half time horn to narrow the deficit 5-10.

After the break, EC scored a touch down through Muhammad Naqib Abdul Razak but SSTMI did not lie down as they fough gallantly and came back through a converted try.

However, try as they did, SSTMI could not find the elusive break that they richly deserved and settled for second best.

“We were prepared for this tournament as early as January. In fact, we met SSTMI at the Arau 7s in January but we lost to them 22-17 after sudden death, ” said EC coach Abdul Hanis Mokhtar after the prize presentation ceremony.

“We had improved our tactical gameplay and countered their physical strength with our speedy wing play.

“We also worked on our defence and we took it game by game, even though we were placed as the top ranked team after the group stage, ” he added.

In the semis, top-ranked EC did not have any problems against 2018 champions SMK Seri Mersing (SMSM), running in three unanswered tries to win 17-0.

Hosts, MCKK All Blacks could not avenge their loss to Semashur in last year’s edition, succumbing 10-14 to the pace and power of coach Mohd Soleh Abd Hamid’s charges in a repeat encounter in the last eight.

In the other quarter finals, EC did not have any problems disposing of SMK Abi, Perlis, 26-0.

SMSM from Johor, was separated by a converted try, winning 29-22 over Sekolah Berasrama Penuh Integrasi Gombak (Integomb) while SSTMI fought back from 10-12 down to go through 22-12 against local rivals SMK Tun Hussein Onn (THOR).RESULTS 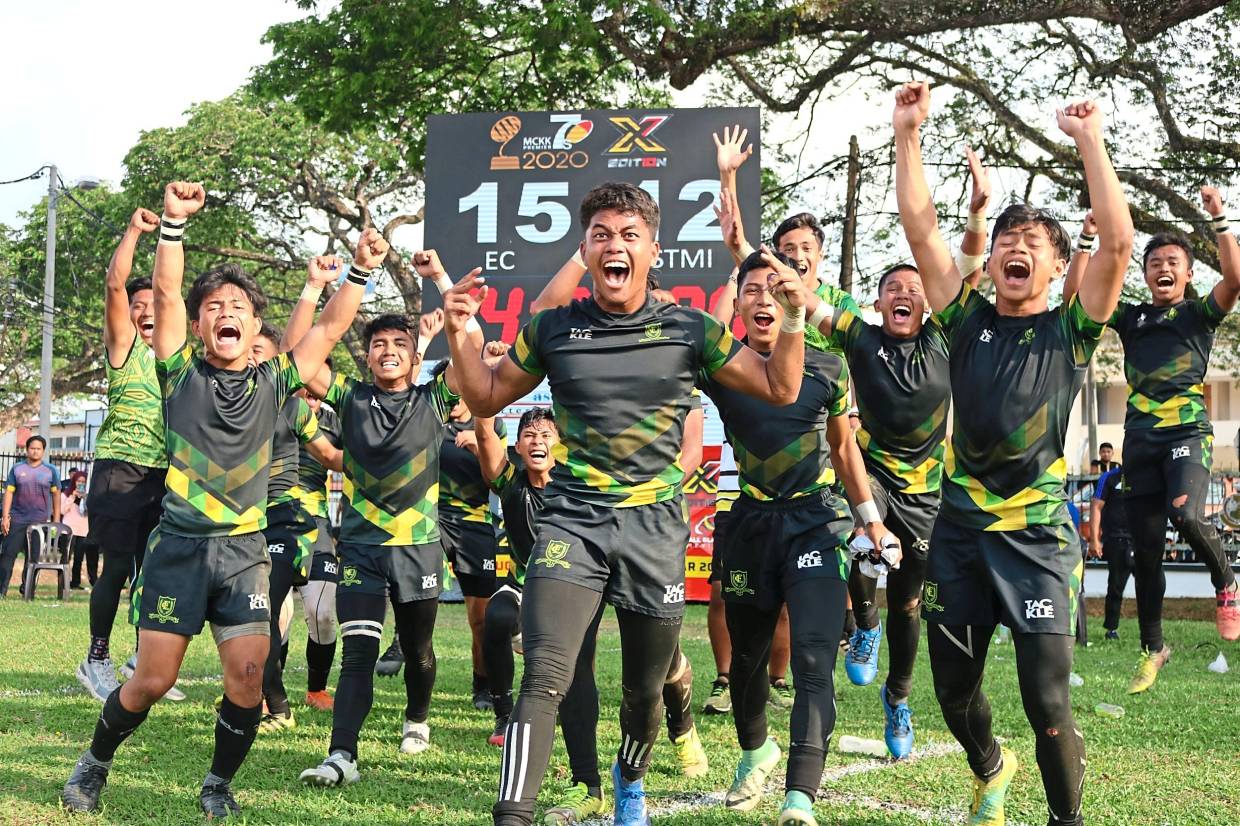 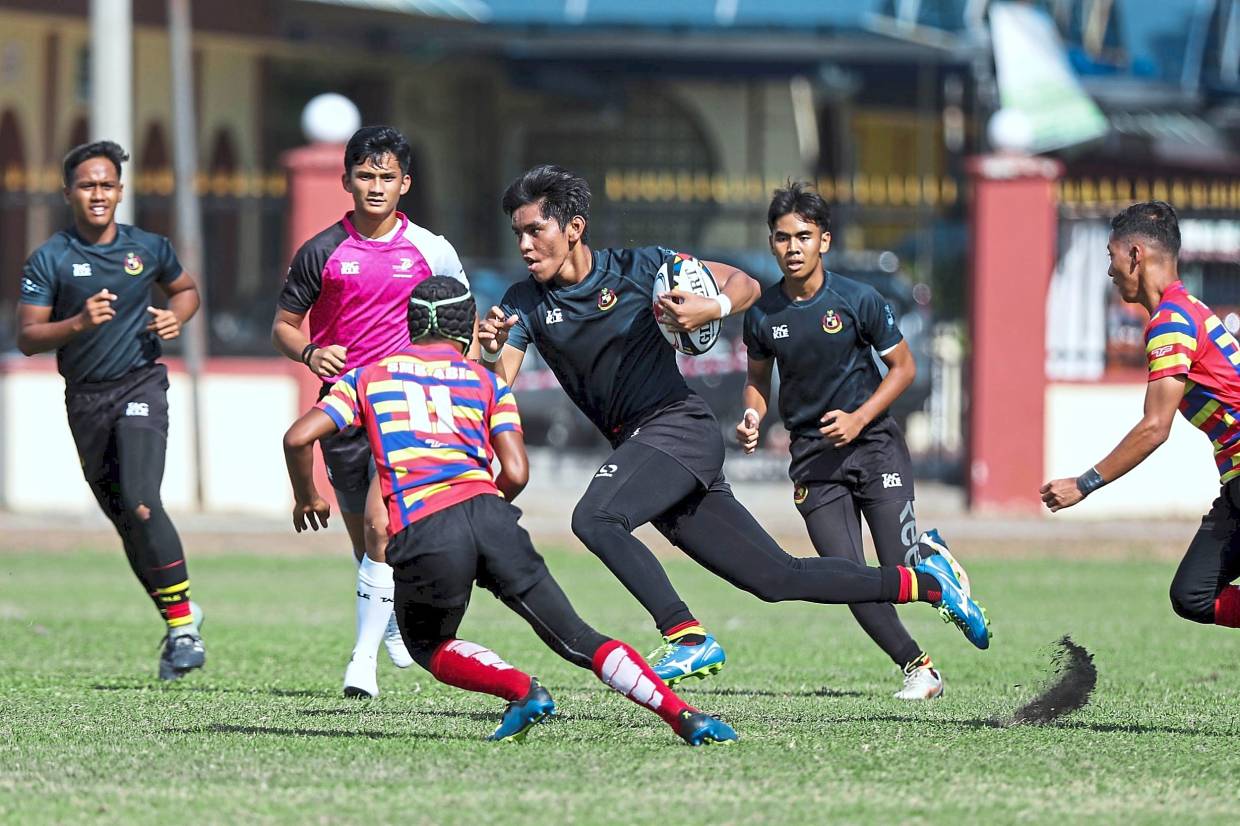 Raja Jaafar (back row, wearing sunglasses) with the jubilant English College squad and officials at the 10th edition of MCKK Premier 7s.

Semashur’s players in action during their match against the Royal Military College (RMC).

The English College players celebrate after a pulsating 15-12 win over local rivals SSTMI in the finals.

Host MCKK (in black) in action during the preliminary rounds.