PUT on your sports shoes and of course, your tutu, for this year’s MCIS Life Malaysia Women Marathon 2020.

The eighth edition of the marathon, to mark International Women’s Day (IWD), will take place at Padang Timur, Petaling Jaya from March 6 to 8.

The only women’s marathon in South-East Asia is also welcoming a new title sponsor for the next three years in MCIS Insurance Bhd (MCIS Life) with its new name, MCIS Life Malaysia Women Marathon (MWM) 2020.

“We are extremely excited to be a part of this one-of-a-kind event for women,” said MCIS Life chief executive officer and managing director Prasheem Seebran.

“To empower women to their fullest is something that runs deep into the relevance of our brand promise of ‘People Helping People’.

“Beyond the event sponsorship, we view this collaboration as one that will spread a key message among all women and men alike, that today, we all live amid a generation that truly believes in equality and that everything that we do, should be aligned with this in mind.

“This is definitely a cause that we believe in for we see all the women out there as heroes,” he said. 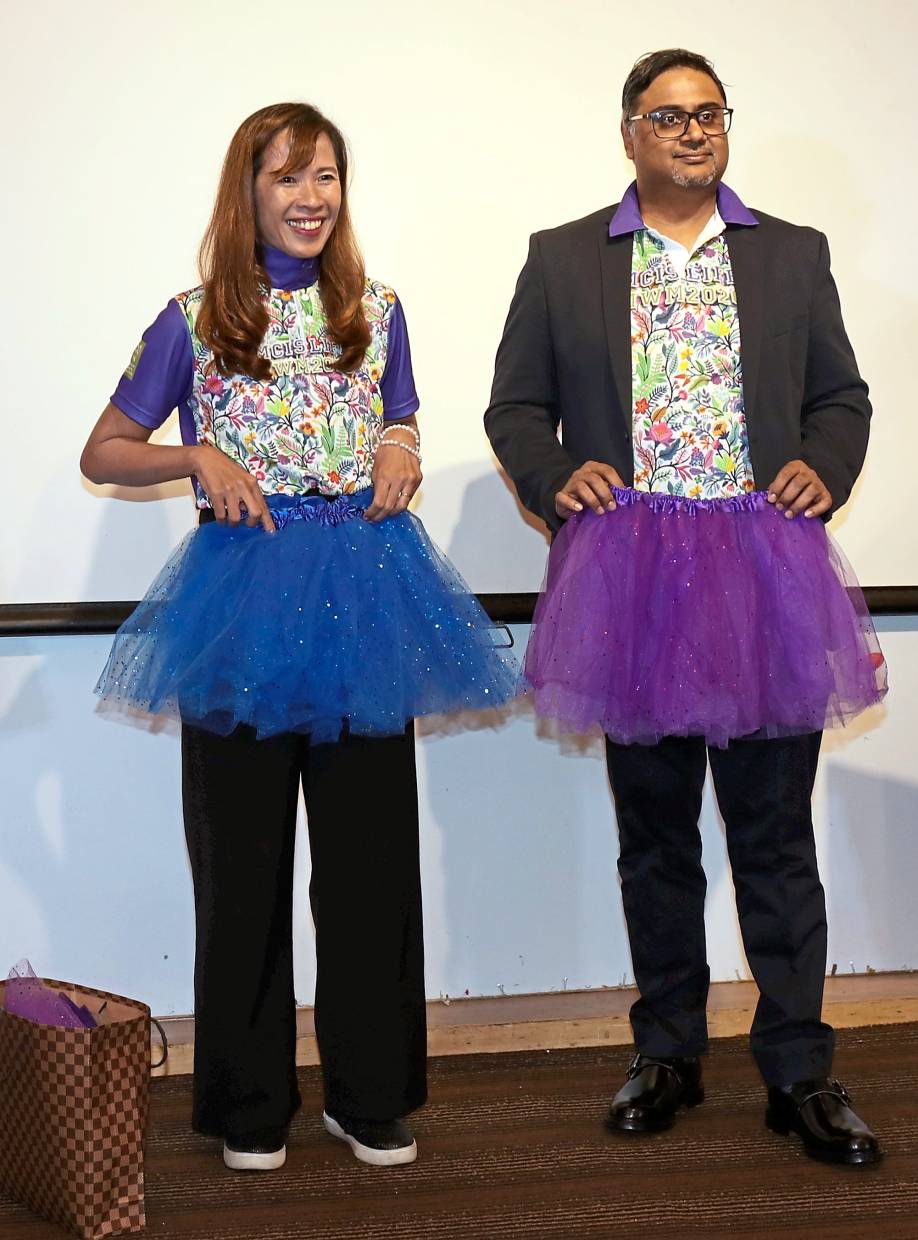 Loh (left) and Prasheem showing off the tutu that will be used during the marathon.

MCIS Life Malaysia Women Marathon 2020 race director Karen Loh said the sponsorship marked a beneficial synergy between the two bodies that believe in self-empowerment and personal development in the industry or community.

“As of now, we already have 3,500 women participating but we are hoping to increase the numbers,” she said.

Loh also mentioned that this year, the event will touch on more issues central to women which stands with this year’s United Nation’s IWD theme, “Generation Equality”.

MCIS Life MWM2020 will have four distance categories for runners to choose from, namely Full Marathon, Half Marathon, 10km and 5km Fun Run.

Other than cash prizes, the Full Marathon category winner will win a guaranteed slot to represent MCIS Life MWM in the Nagoya Women Marathon.

The winner of the Half Marathon category will stand a chance to participate in the Women Run Taipei 2020.

Other than the anticipated marathon, there will also be talks, interesting games and a parade of local and international vendors to look out for. Some of the participants who took part in the sixth edition of Malaysia Women’s Marathon. — Filepic

Several dialogue series will be held following the 25th anniversary of the Beijing Platform for Action that focuses on how to remove systematic barriers that hold women back from equal participation by Girl2Leader, an NGO that offers training for female youths.

Organised by Petaling Jaya MP Maria Chin Abdullah, there will be talks on violence and sexual harassment affecting women.

“We really encourage everyone, young girls particularly, to come forward and join the MCIS Life MWM2020 because it makes women feel that they have the power to determine what they want,” she said.

Tourism Selangor general manager Azrul Mohd Shah was also proud to include MCIS Life MWM2020 in Selangor’s tourism calendar.“The state government will always give our support to this prestigious event as it fights for generation equality,” said Azrul, adding that it offered participants the opportunity to visit more tourist destinations in Selangor.