Stepping up the challenge in 2020

(From left) Helmi, Sallahuddin and Nor Asri at the announcement of Tennis Malaysia’s National Circuit and Junior Tour Circuit 2020.

Speaking at the launch, Tennis Malaysia vice-president Datuk Sallahuddin Ahmad Kamal said there would be four rounds in total for this year’s National Circuit.

The highlight of the circuit is the Masters Championships scheduled for December this year.

He was speaking on behalf of president Mirzan Mahathir, who was not able to be at the event.

“The first leg of the National Circuit that will be held at the National Tennis Centre from Feb 19 to 23 has been long awaited by tennis enthusiasts locally and globally.

“This will be followed by the second leg in Johor Baru (June), the KL Open (September) and Raintree Open (October) before concluding with the Masters event in December, ” he said. Youngster Chin has prospered since the junior circuit was introduced in 2013. — Filepic

As for the Junior Tour Circuit 2020, it will consist of six legs in 22 categories with both boys and girls singles and doubles, as well as an additional under-9 category following an ITF (International Tennis Federation) ruling

“This is a new category introduced this year. It is a programme from ITF and we will use an orange ball, which is softer to help the kids get used to the game before playing with real tennis balls, ” Sallahuddin added.

The Junior Tour Circuit will start from Jan 15 to 19 at the National Tennis Centre.

“A total of 210 participants have signed up to take part but we are expecting more entries before the closing date, ” he added.

Tennis Malaysia has also introduced a new Under-18 category in line with ITF’s request while an Asian Tennis Foundation (ATF) championship for Under-14 youths is still pending.

Sallahuddin said these championships would be useful for youngsters as they would be competing with regional and international players.

“Since the launch of the junior circuit in 2013, we have witnessed a significant improvement in junior tennis with many rising stars going on to compete in national-level tournaments. Some of the notable youngsters include Christian Chin, Shamirul Shahril, Suhana Sofia, Elysia Wan Rahman, Elsa Wan Rahman, Hayden Khoo and many others, ” he added.

Tennis Malaysia has scheduled a minimum of 27 high-intensity tournaments throughout the year to take Malaysian tennis to greater heights.

Sallahuddin said the competitiveness and intensity level would be higher with the participation of more foreign and higher ranked players at both senior and junior levels.

Among the major tournaments are the Junior Fed Cup final qualifiers from March 30 to April 4 and Junior Davis Cup from April 5-10, both in Kuching as well as the Group II (Asia/Oceania) qualifiers for the Fed Cup from June 8-14 at the National Tennis Centre, besides seven under-18 ITF tournaments. 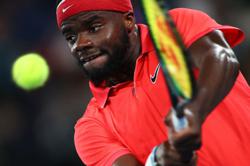 The new normal: A guide to playing tennis 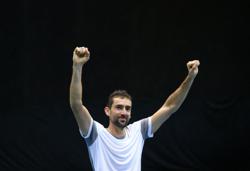 Tennis: Depth in men's tennis stronger than for a decade, says Cilic