Khalid (centre) with coaches and players of KL’s Premier League squad for this season. — Bernama

THE presidential order is out for Kuala Lumpur --- win the Premier League 2020 and return to where they belong, the Super League, next season.

Kuala Lumpur Football Association (KLFA) president Khalid Samad said that given their talent, Kuala Lumpur should be in the top tier of the Malaysian Football League.

The Federal Territories Minister reminded players to give their full commitment and to be focused, saying there was no place for passengers in the team coached by Muhammad Nidzam Adzha.

“I feel this team should not be in the Premier League in the first place. I could not understand what happened last season (relegation from Super League) as we have enough talent.

“Our aim is to emerge Premier League champions this season because we do not want Kuala Lumpur to stay in the second division for more than one year.

“We should win the first match and remain at the top until the season ends. The onus is on the players to give their best. 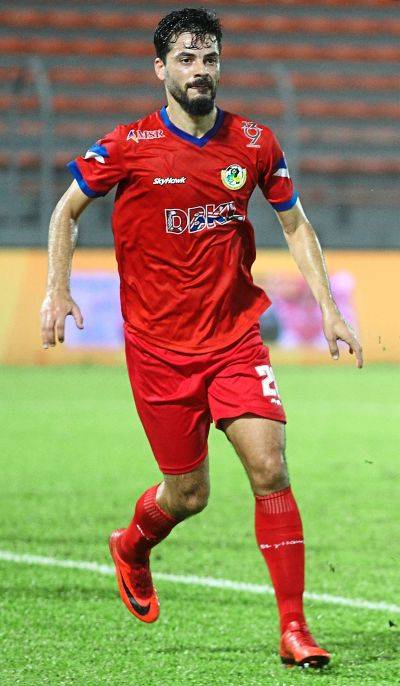 KL captain Paulo Josue is into his fourth season with the squad.

“As the employer, our responsibility is to fulfil our promises (on salary, equipment and facilities), ” he told a press conference after a contract-signing ceremony for 26 players at the Kuala Lumpur Football Stadium in Cheras.

Without disclosing the budget, Khalid said Kuala Lumpur have enough funds to finance the team this season, which will kick off on Feb 28.

Two imported players – Brazilian midfielder and skipper Paulo Josue, who is into his fourth season with the team, and defender Azamat Baimatov of Kyrgyzstan – were among those who signed their contracts today.

Meanwhile, Muhammad Nidzam said a decision on two more imported players would be made after the friendly match against UiTM this weekend.

“The message from the president is clear, so we are determined to achieve the objective.

“We need to work out our cohesion because only seven players from last season are in the team, ” he said. — Bernama