THE 18th edition of The Sultan of Selangor’s Cup (TSSC) closed off another chapter with the recognition of numerous parties who were involved in making this year’s event a huge success.

To mark the occasion, the Raja Muda of Selangor Tengku Amir Shah presented certificates of appreciation signed by Sultan of Selangor Sultan Sharafuddin Idris Shah to the individuals and organisations involved at a high tea at Concorde Hotel Shah Alam.

While the annual football match, which began in 2001, is always about the Selangor and Singapore football rivalry –dubbed the Malayan El Classico, it has also evolved to become a spectacle that draws thousands of football fans from outside of Selangor.

This year’s edition, held on Aug 24 at Shah Alam Stadium, was a treat for some 55,000 spectators and was another feather in the cap of the series, thanks to the strong support of sponsors and the coordination of all committees involved.

Abd Karim said the ceremony was held to honour all involved parties who made the latest edition a success and the presence of the Raja Muda of Selangor added to the recognition of their efforts.

The planning for this year’s edition involved coordinating over 40 buses for Singaporean fans to crossover to catch Selangor and Singapore clash in three matches, namely the Under-15 Schools Challenge Cup, Veteran’s Match and the main Selection Match.

Much effort also went towards coordinating the grand opening ceremony which saw a convoy of 40 Harley-Davidsons, an abseiling opening gimmick, school performances as well as a grand fireworks display to create a carnival-like atmosphere for spectators.

“Organising all three matches with programmes in between was no easy task but as we saw on Aug 24, everything went as planned thanks to the combined efforts of all parties involved, ” Abd Karim said.

“The driving force from the Sultan and the Raja Muda was also another factor that greatly contributed to the overall success of this year’s event, ” he said.

“Next year’s preparations will begin when His Royal Highness has decided to appoint the organising committee members which usually takes place early next year. Only then will the preparations start, which can take up much of the year, ” added Abd Karim. 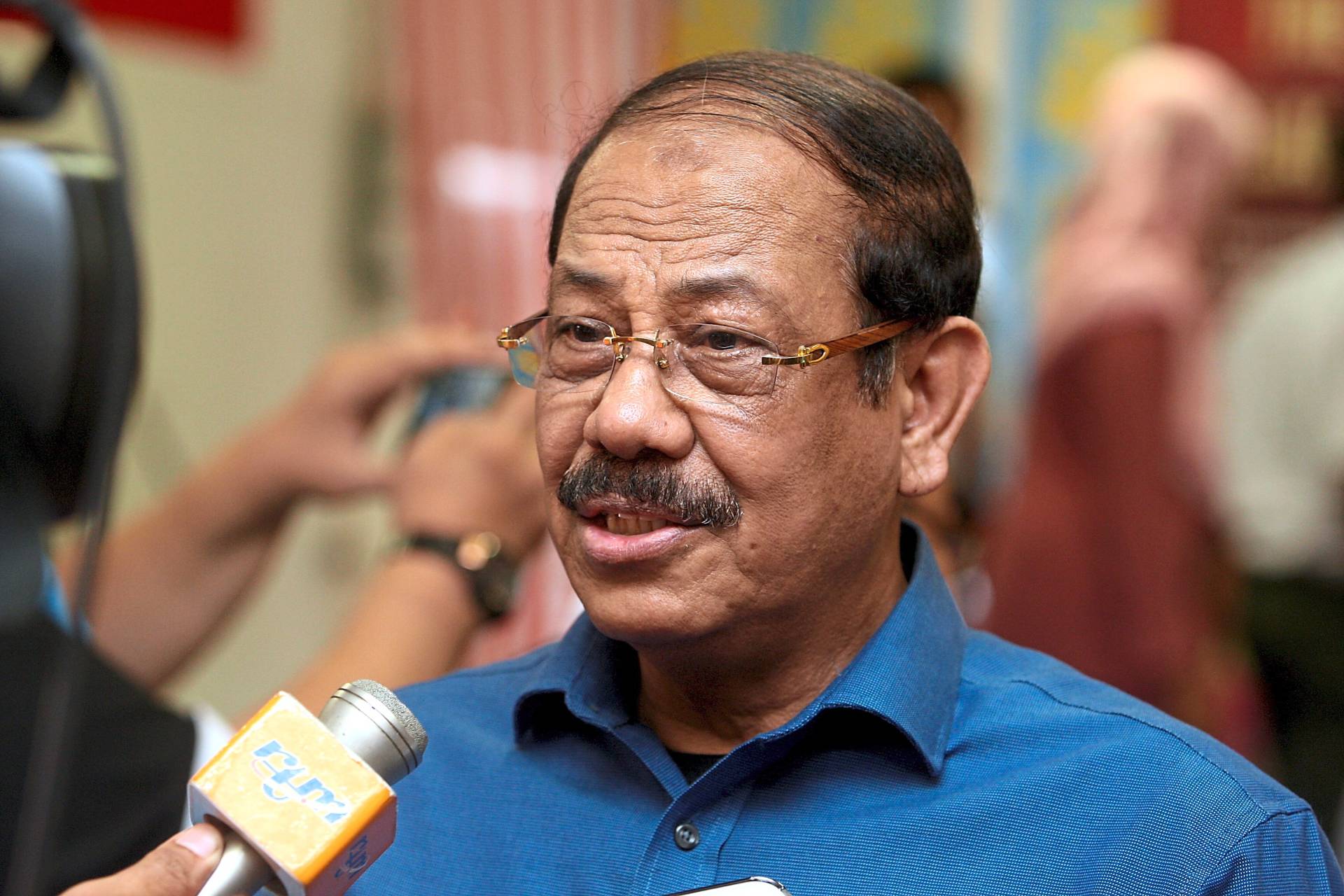 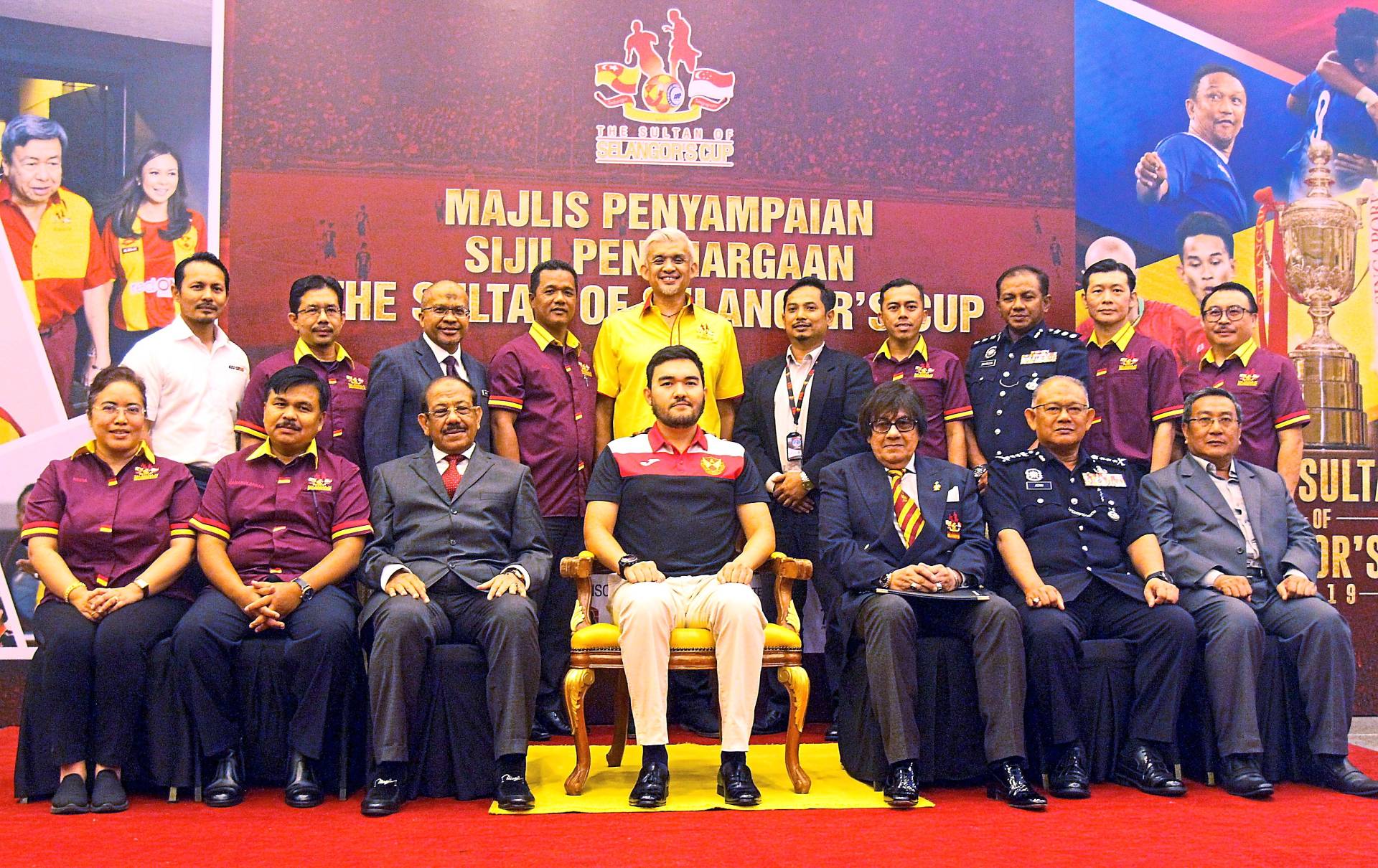 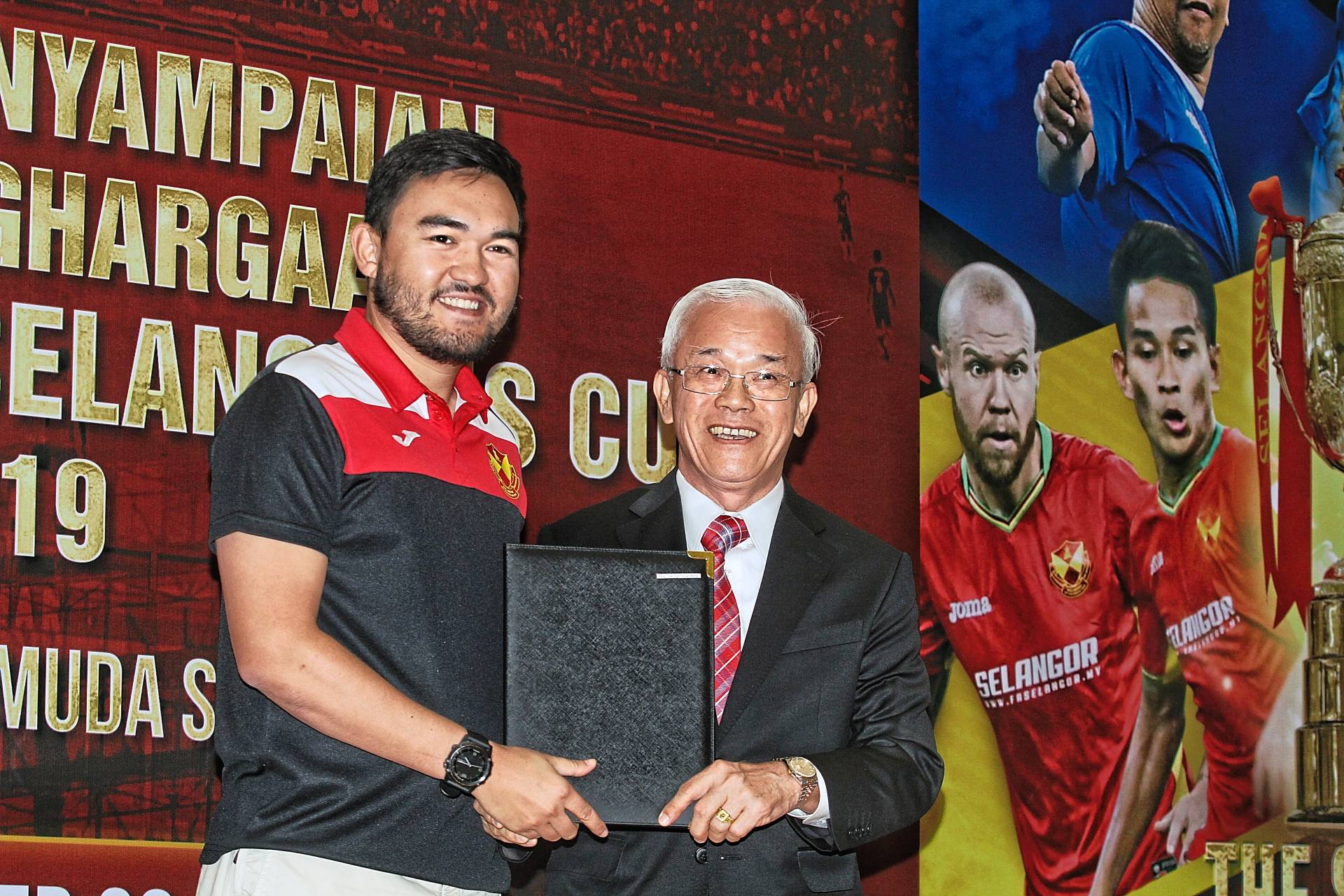 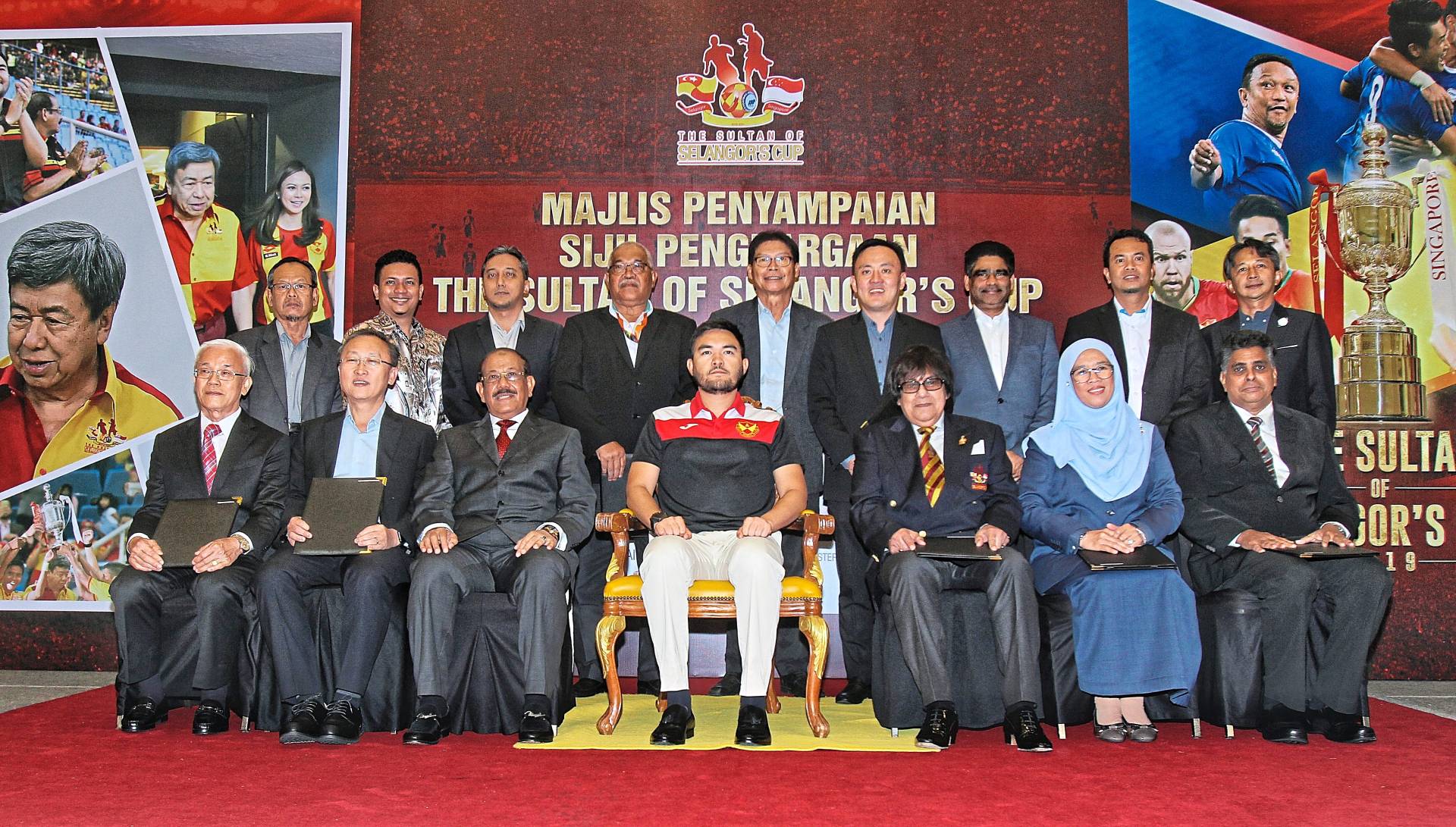 Tengku Amir (left) presenting the certificate of appreciation to Yap from Tanjung Balai Group which was the main sponsor for the TSSC this year.

Tengku Amir (seated centre) with Abdul Karim (third from left) and Syed Yusof (third from right) and representatives of sponsors of the 18th edition of TSSC.