Khalid (centre, in white shirt) with other VIPs and players after the Federal Territories Minister’s Cup tournament.

The 17-year-old rising star was the toast of his team as they emerged 4-2 winners over SMK Batu Muda.

“I was really excited to win the cup and the coaches are happy with the team’s performance. It was a proud moment for us,” said Tuan Muhd.

His flawless performance in the football competition also won him the Top Scorer award with a cash prize of RM500 to go with it while his teammate, Muhd Shahrul Aikal, 16, took home the Most Valuable Player award.

“We are happy to be involved in the games as we were handpicked by our teacher. All 25 of us formed a team and played well on the field,” Muhd Shahrul said.

Both players also represented their school in several other football tournaments.

Meanwhile, SMK Tinggi Setapak and SMK Bandar Tasik Selatan battled it out for the bronze medal placings with the former clinching the medal through a 2-1 victory. 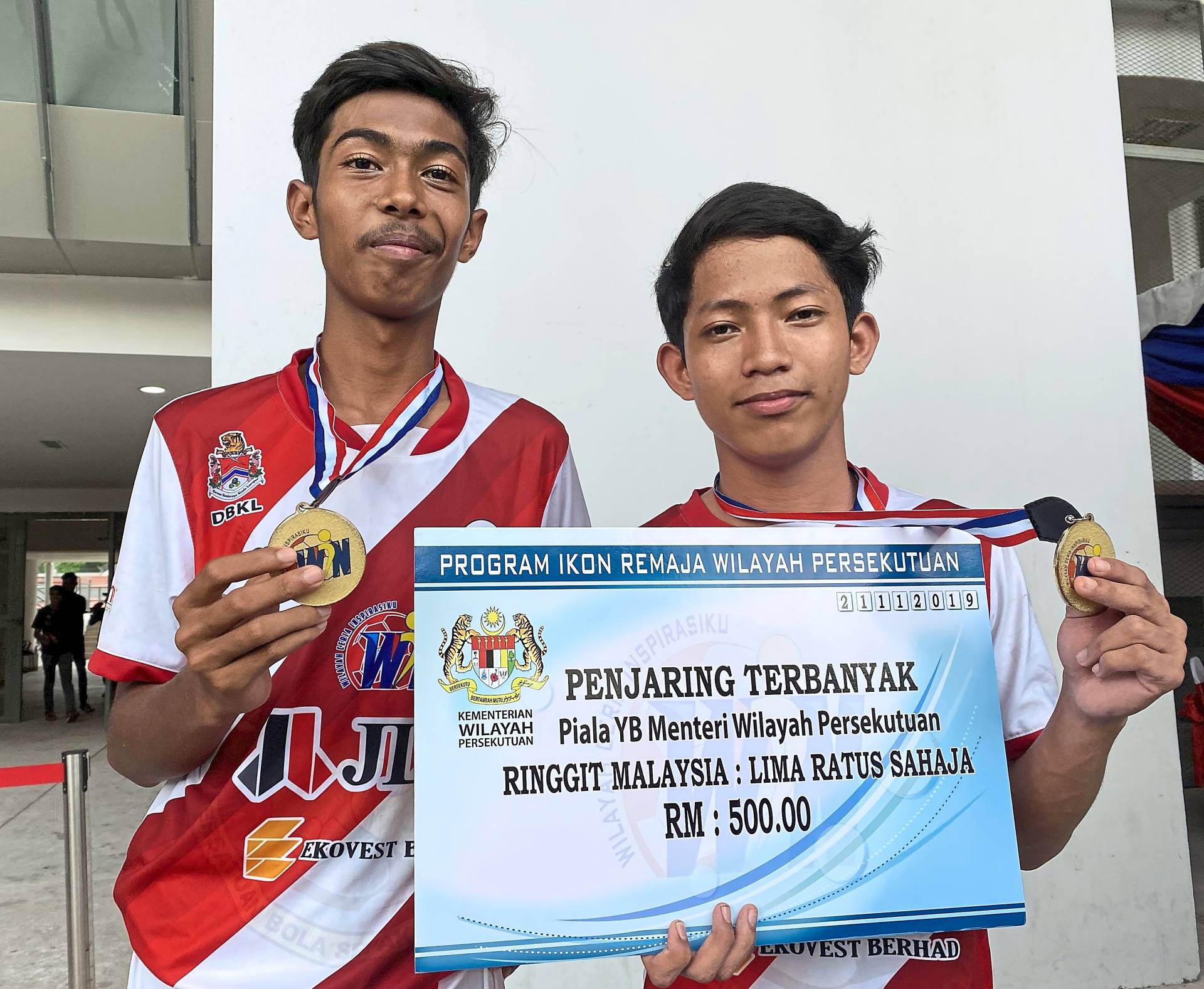 The Federal Territories Minister’s Cup, which is part of the sports module under the Youth Icon Programme held since July this year, attracted 2,000 participants from 76 schools.

The Youth Icon programme is aimed at strengthening youths’ identity and redirecting their focus on beneficial programmes while keeping them away from social ills.

Federal Territories Minister Khalid Abdul Samad, who closed the competition, said the programme would help shape the personalities of participants in a positive manner.

“The participants selected to form teams in this football competition had disciplinary problems before at school and by involving them in this youth programme, we hope to have a positive impact on them.

“Programmes like these will help prevent them from becoming involved in various social ills,” he said during a press conference after the tournament which was held at Stadium Kuala Lumpur in Bandar Tun Razak.