PETRONAS Sprinta Yamaha-CKJ Racing rider Ahmad Afif Amran finished second in the 9th round of the 2019 Cub Prix Malaysia Petronas championship in Jempol, Negri Sembilan, but it was enough for him to retain the CP150 “King of Circuit” title.

The 24-year-old rider has amassed a total of 147 championship points for an unassailable lead with one round to spare, the season-ending race at the Sepang Circuit on Dec 7 and 8.

The 10th round in Sepang will see a tussle for second spot overall between 2017 CP115 champion Md Akid Aziz of Petronas Sprinta Yamaha Maju Motor, who has collected 112 points, and Idemitsu Honda Yuzy Racing rider Azroy Hakeem Anuar, who has 102 points.

When he met reporters after the race, Ahmad Afif said he was satisfied with his success because he had not made intensive preparations for this season.

“Actually, I did not make the best preparations for this season but I have clinched this title because of the hard work put in by all in the team,” said the Terengganu-born racer. 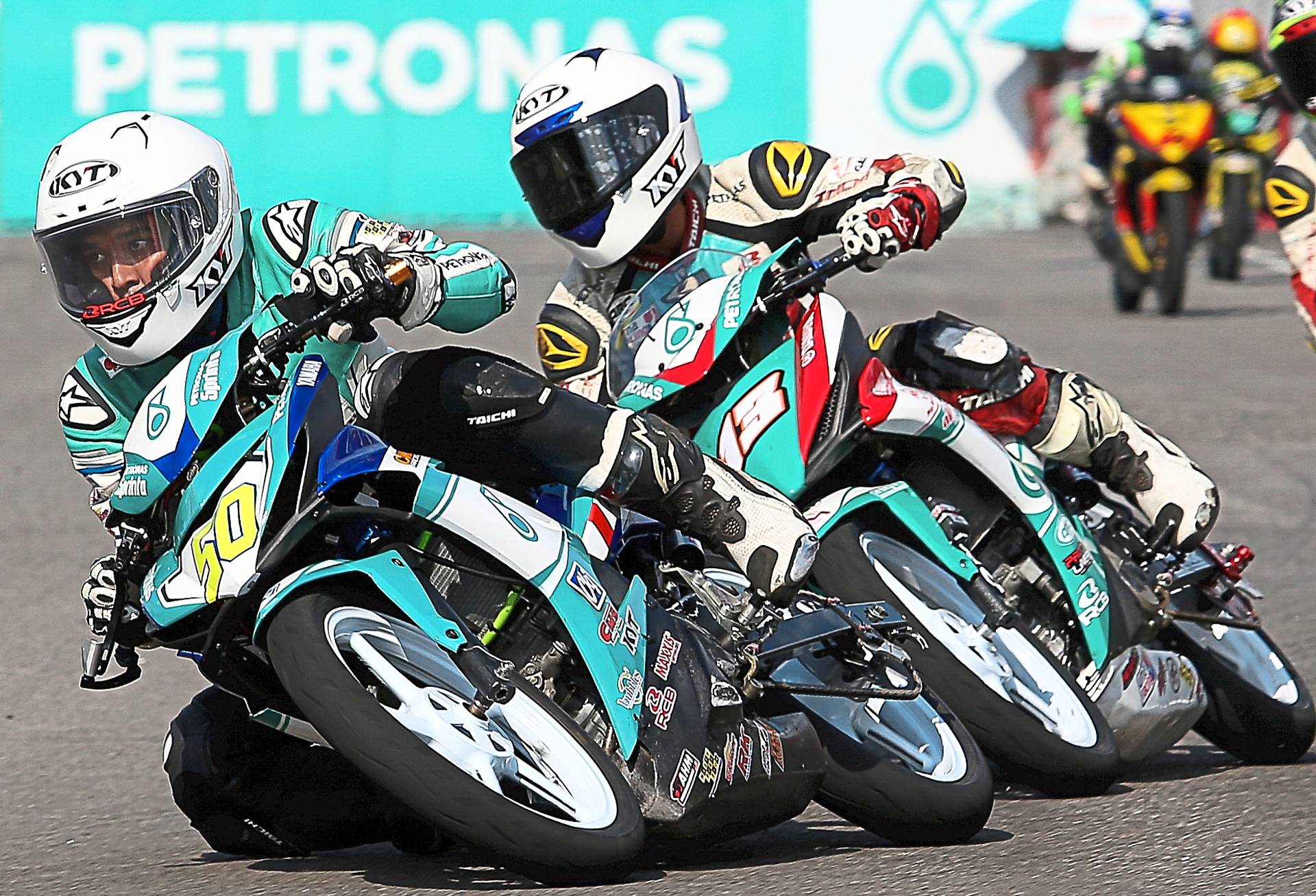 Ahmad Afif (left) and Md Akid in the thick of action during the 9th round of the 2019 Cub Prix Malaysia Petronas championship in Jempol, Negri Sembilan.