ADAM Alif Mustafa and Muhammad Firdaus Amirrudin have earned a once-in-a-lifetime chance to be part of the Allianz Explorer Camp (AEC) – Football Edition in Munich, Germany, from Aug 22 to 27.

The duo were selected after they impressed Bayern Munich legend Ivica Olic and Bayern youth trainer Thomas Döllner with their skills and dedication at the recently concluded AEC–Football Edition in Singapore, a midway competition to discover Asia’s best football talents.

When in Munich, Adam and Firdaus will live the ultimate football dream.

The pair will get the chance to train with the German champion’s youth coaches at the famous Saebener Strasse training ground and explore other activities beyond football.

“I really did not think I would be chosen because I was injured during the last training session.

“I can’t wait to meet the FC Bayern players. I also hope to learn tactical skills, bring that knowledge back to Malaysia and realise my dream of becoming a professional player, ” said Adam, 16, from SMK Ahmad in Pekan, Pahang.

Firdaus, also 16, from SMK Khir Johari in Sungai Petani, Kedah, said, “I am very proud and excited that I will be going to Munich. I would like to thank all my teammates, coaches and of course my family for always supporting me.”

The AEC–Football Edition in Singapore was attended by 43 teenagers aged between 14 and 16 from Malaysia, China, Indonesia, Laos, the Philippines, Sri Lanka, Taiwan and Singapore. 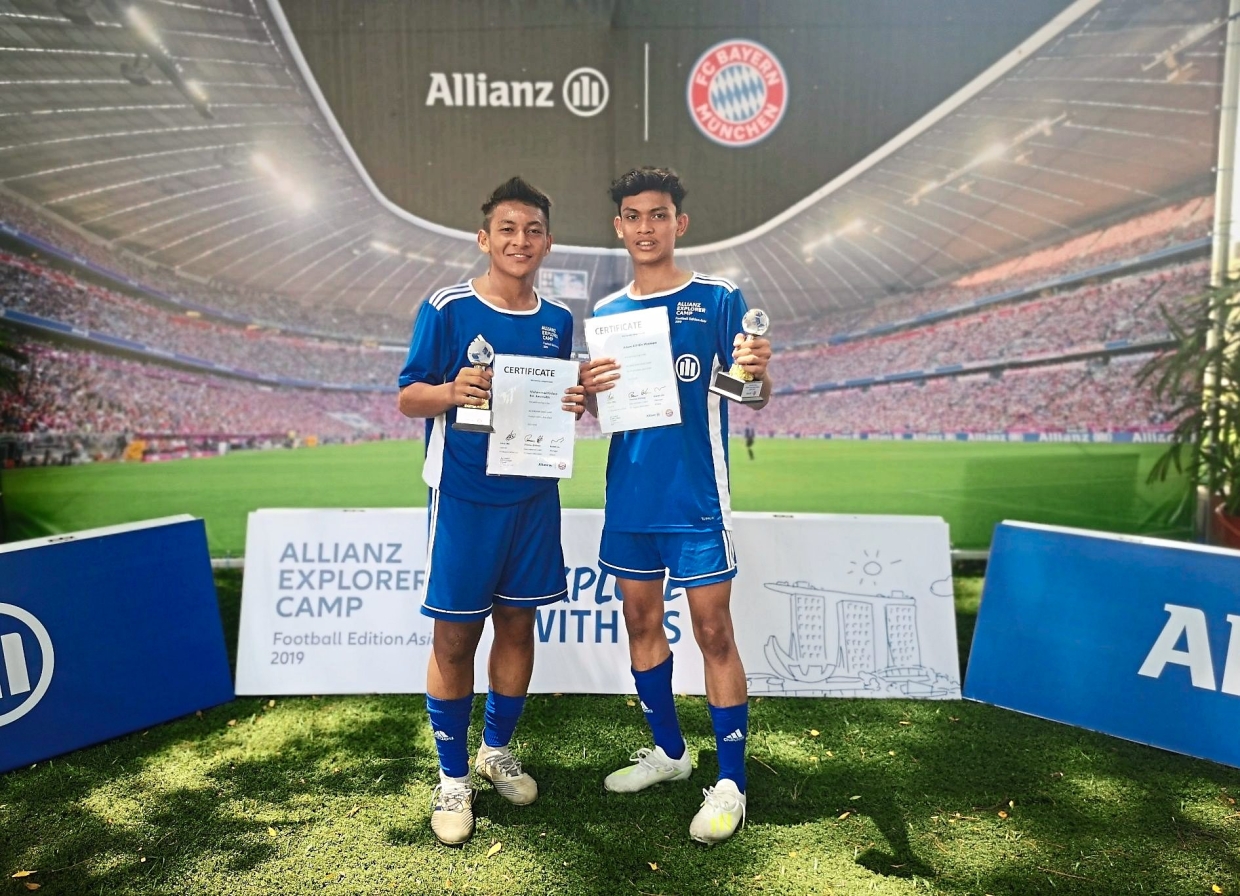 Firdaus (left) and Adam have been picked to represent Malaysia by Bayern Munich selectors.

During the camp, the young footballers participated in daily training sessions, which culminated with a tournament on the final day to determine the winners from each country. Only 18 players from these countries will represent Asia in Munich.

“Savour the moment and make the most of the opportunity you have earned. To the rest of the players, hold your head up high. It is players like yourselves who motivate us to keep this programme going.

“Believe in yourselves and stay the course. Your journey does not end here.“

The AEC–Football Edition in Munich began in 2009.

This is the 11th year it is being held globally.

The programme debuted in Malaysia in 2012 and is known as the Allianz Junior Football Camp –Malaysia League.