A step closer to Munich

THE 2019 Allianz Football Junior Camp Malaysia League came to an end with the East Coast region being crowned champions after a narrow 2-1 win over the Northern region in the final at Arena MPSJ in Subang Jaya.

East Coast were two goals up in the first half courtesy of Adam Alif’s double before Muhd Ismat Imran reduced the gap for the Northern region through a header in the second half to cap a nail-biting finish.

The Northern youngsters found it hard to breach the resolute East Coast defence as they piled on the pressure for the equaliser. As a result, the Northerners had to settle for the runner-up spot in this year’s edition.

The rest of the results saw the Southern region, Sabah, Central and Sarawak finishing third, fourth, fifth and sixth, respectively. The 10 players who have been selected to represent Malaysia in the AEC Football Edition Asia.

Following an eight-week-long season between March 2 and April 27 where the champions of each region were determined, the top 18 players were then selected from each region to compete at the Grand Finals.

Ten players have been selected to compete in the Allianz Explorer Camp (AEC) Football Edition Asia in Singapore from July 23 to 26 following the final.

From there, two of the best Malaysians will be selected to continue their footballing journey in Munich, Germany, and train with FC Bayern Munich’s youth set-up from Aug 22 to 27. 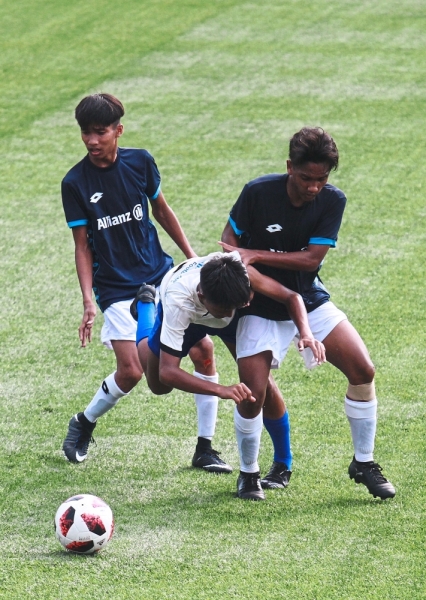 Players from the East Coast region (in blue) trying to get the ball from a Northern region footballer (in white).

Football skills, tactical awareness, teamwork and temperament were among the aspects looked at during the selection process.

“We are proud to provide a sustainable platform to promote football by organising an exciting competition for youngsters to test themselves.

“Besides that, through learning the fundamentals of football, we hope to reinforce essential values such as sportsmanship, respect, positive attitude and teamwork,” said Allianz Malaysia Bhd chief executive officer Zakri Khir. 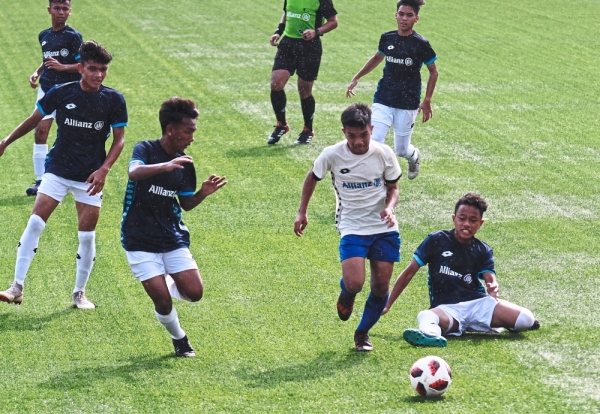 The final between the East Coast and Northern region was a close affair with plenty of goalmouth action.

In the eight editions of the AJFC, Zakri said coaches from Bayern Munich had consistently given positive feedback on previous players who had gone to Munich, praising the enthusiasm and attitude of the Malaysian youngsters.

Former national player and the head selector of AJFC, K. Gunalan who has been with AJFC since it first started in 2012, added that the players were getting better each year.

“It is obvious that players are more aware in terms of technical and tactical abilities which are critical aspects in producing quality performances. 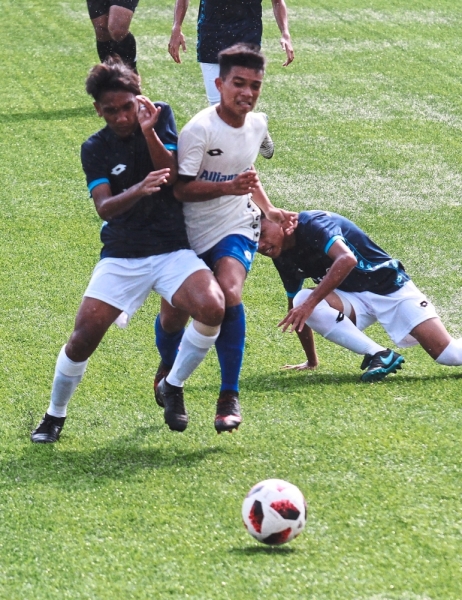 The East Coast boys (in blue) scored two early goals in the first half to leave their opponents with a mountain to climb.

“This is a good platform for the young players to showcase their talents and can be a stepping stone for them to get into the state teams at the Under-17 and Under-19 levels,” said Gunalan.

AJFC focuses on grassroots football that aims to help youngsters get selected into local teams and build their football career.

One of the players who has gone through AJFC and prospered is current Kelantan goalkeeper Damien Lim.