THE Sultan of Selangor’s Cup (TSSC) football competition between Singapore and Selangor is set to be another spectacle, thanks to the strong support from generous sponsors this year.

Support for this year’s 18th edition saw over RM1.23mil received in sponsorship, with RM579,999.99 contributed by Selangor state government-linked companies.

Radio Televisyen Malaysia (RTM) has also joined the line of sponsors for this year’s competition as the official broadcaster with Communications and Multimedia Minister Gobind Singh Deo presenting the sponsorship to Sultan of Selangor Sultan Sharafuddin Idris Shah at the Istana Alam Shah in Klang during a high-tea reception.

Selangor Mentri Besar Amirudin Shari also made a personal contribution to the tournaments with 200 footballs. Construction and property development company Tanjung Balai Group is into its sixth year as a sponsor and is the title sponsor this year with a contribution of RM380,000. 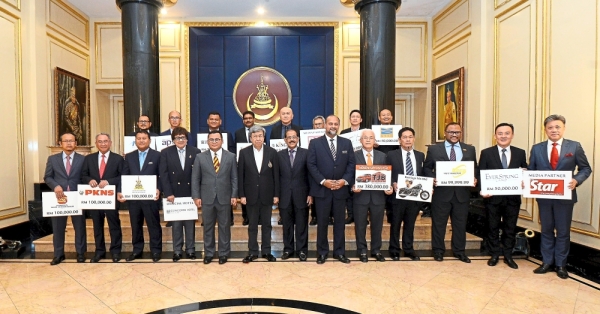 This year’s lucky draw will also be the most attractive with Tanjung Balai Group sponsoring a brand-new Honda City, Rasniaga Sdn Bhd with a brand-new Harley Davidson 833 Iron as well as Everspring Land Sdn Bhd with three-day and two-night stay at Marriott Kota Kinabalu for three lucky spectators.

The Sultan of Selangor’s Cup (TSSC) organising chairman Tan Sri Abdul Karim Munisar said while securing the sponsorship was an arduous task, the support received this year proved that the competition remains a unique and prestigious event.

“This is especially when each year, the much-awaited tournament draws a full-house crowd,” he said. “It is undeniable that the Selangor and Singapore clash is an epic clash that is set to stir up the nostalgia of good old rivalry.”

At the Shah Alam Stadium last year, Selangor swept all three cups with the Selangor Selection and Veterans beating their counterparts on penalties while the Under-16 players delivered a 2-0 victory.

The prestigious tournament between long-standing rivals Selangor and Singapore will be held in Shah Alam Stadium in Selangor once again on August 24.

This year’s first match will see the Singapore-Selangor Schools Challenge featuring students in the Under-15 age group instead of the Under-16s from last year, followed by the curtain raiser between the veterans before the main match. Initiated in 2001 by Sultan Sharafuddin, who was then Raja Muda of Selangor, the tournament aimed at fostering stronger relations between Selangor and Singapore, and has since grown to be a platform for both sides to showcase their footballing prowess.

Spectators and fans from both sides will get to relive the rivalry when both teams go head to head yet again, reigniting a rivalry that dates back to 1921 when they met in the first Malaya Cup Final.

Priced at RM10, each ticket bought this year is eligible for five lucky draws and will go on sale a month before the match at Uncle K outlets in SACC Mall Shah Alam, Paradigm Mall Kelana Jaya and Cyberjaya as well as the Shah Alam Stadium on match day. 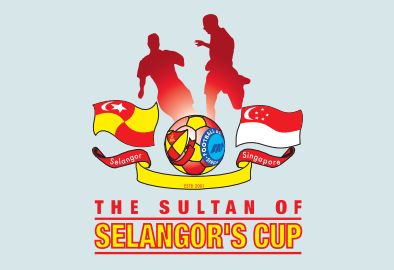