On track for youth development

FOLLOWING their roadmap to develop young athletes for Sukan Malaysia (Sukma) and beyond, the Federal Territory Amateur Athletics Association of Kuala Lumpur (FTKLAA) held their second development programme of the year.

Focusing on youths aged 13 to 15, the association held events in 18 track and field categories for both boys and girls.

FTKLAA president Datuk S. Vegiyathuman said although their aim was to develop athletes within the Federal Territory (FT), they opened the programme to all those interested.

“We expected only 300 but many more turned up so that is a good thing.

“Out of the 347 secondary school students who participated, the majority (265 from 13 schools) are from Kuala Lumpur which is our main target group. “The main objective is to give FT schools an additional competition to take part in so we can identify talent, but at the same time, we also welcome individuals, clubs and schools from other states.

“The Bukit Jalil Sports School came out in full force but we also had strong participation from various government and private schools.”

There were students and teachers as well as individual entrants that came from as far as Johor, Melaka and Perak for the one-day programme, which was held at the National Sports Council training track in Bukit Jalil.

The idea of providing young athletes a platform to test and hone their skills was well received by teachers.

They applauded FTKLAA for giving the youths something to pursue even though the school sports season was mostly over after the MSSM. 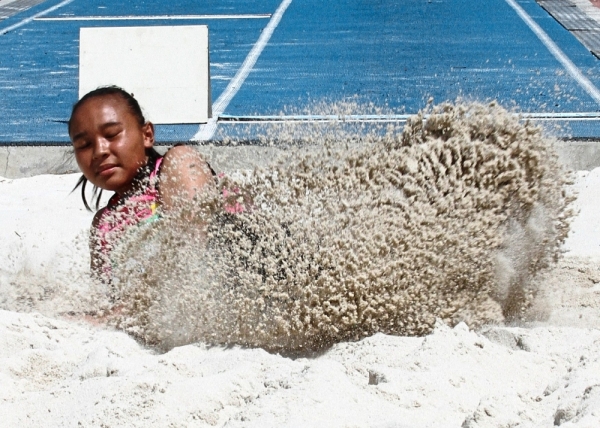 There were Long Jump and Triple Jump events for the athletes.

“This programme helps expose them to competition and complements our school’s efforts,” said Yap.

“While it is off-season now and we have not had regular training for over a month, I encouraged them to participate anyway.

“I hope this will make them realise that they have to show some initiative and not just depend on their coaches to provide constant training,” she added.

Arunandy said being in the Federal Territory of Kuala Lumpur School Sports Council (MSSWPKL) Bangsar zone was challenging, especially for a school that only opened its doors in 2013.

“We have, however, been able to make big improvements since then and managed to finish second in the Bangsar zone at this year’s MSSWPKL. 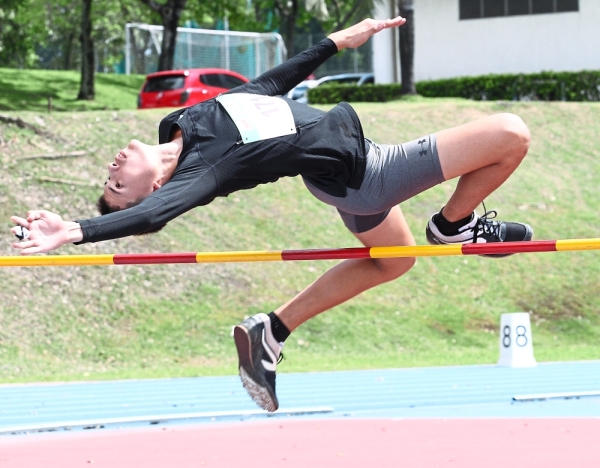 Many of the athletes showed determination during the competition even though it was part of a development programme.

“We are slowly building the athletes up and these programmes help our students check their progress and build their mental strength for future meets organised by the School Sports Council, which remains our main target.

“I tell them that regardless of the results, as long as they are improving – even by a little – then they are on the right track,” he said.

Meanwhile, Sri Sentosa’s Hayazi, who has taken over from veteran coach Khoo Boon Keat, has the tall order of maintaining the school’s 37-year unbeaten record in athletics at the MSSWPKL level.

“We are quite unlucky because we do not have our own track in the school, but despite that, we have managed to become champions for decades.

“While we have our own programme for elite athletes, this platform, which has been provided by FTKLAA, allows us to give our next wave of juniors a chance to compete at an early stage and grow from there.

“The level of competition is suitable for them because there are elite juniors like those in the Bukit Jalil Sports School as well as from out of state.

“So this can be considered an ideal place for them to gain experience,” Hayazi said.

Just a day earlier, FTKLAA also held a Throws training clinic for the discus, javelin and shot put event exclusively for 36 Federal Territory beginner athletes before they took part in the development programme.

Vegiyathuman, who was present to oversee the event, said he was happy to see that the event was just as well received as the earlier programme for students aged between nine and 12 in March.

“At the Throws clinic, participants were able to pick up lots of tips from our coaches.

“Our next development programme will be for those aged 16 and above in August that will be held with the state meet and we will also be having a Jumps clinic before that.” 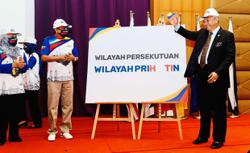 Looking out for welfare of Federal Territories’ residents