WHERE there is a will, there is always a way. National swimmer Sebastian Soon feels his lack of height is not an obstacle to success, and he has a “short” swimmer to look up to.

The 170cm tall swimmer has shown his mettle by smashing the national record while winning the 400m individual medley at the 2019 Malaysia Open Swimming Championship.

Sebastian sometimes feels demotivated by his size but he looks to Japanese swimmer Daiya Seto for motivation. Seto, who stands at only 174cm, stunned South African Chad Le Clos to win the men’s 200m butterfly at the 2018 World Championships.

“Most of the world-class swimmers are tall and have better physique and great height advantage, which demotivate me sometimes. It feels like I will never be able to reach their level as I was born this way,” he said.

Seto became the first swimmer to successfully defend his world long-course title when he followed up his victory in the 400m individual medley at the 2013 World Championships in Barcelona, Spain.

“Although Seto is of a smaller size compared to other swimmers, he still manages to compete with his rivals, proving that we don’t need to be really tall to reach world-class level,” he said.

Sebastian, who hails from Kajang, hopes to represent Malaysia in the Philippines SEA Games in November this year and put up a good show to prove that the lack of height is no handicap.

Besides Seto, Sebastian also looks up to Laszlo Czech, but for his fighting spirit. The Hungarian swimmer is not giving up despite playing second fiddle to his nemesis Michael Phelps all these years.

“I will have to train harder in all kinds of strokes and achieve better technique (less resistance in water and more thrust force) so that the distance per stroke can match other swimmers’,” he added.

Sebastian, who focuses more on long-distance training, is eyeing three gold medals in the four events he will be competing in at the upcoming SEA Age Group Championships in Cambodia.

Sebastian bagged a bronze in the men’s 1,500m freestyle at the previous SEA Age Group Championships with a time of 16:22.73. — Bernama 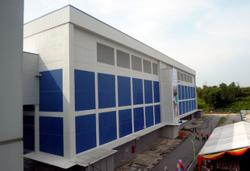