A gift for the sporting fraternity

A file picture of Sultan Abdullah (right) handing over the Jalur Gemilang to former national football coach K. Rajagopal before a tournament.

THE election of Al-Sultan Abdullah Ri’ayatuddin Al-Mustafa Billah Shah as the new Yang di-Pertuan Agong is a significant historical moment for the national sporting fraternity.

This is because he is known as a ruler who is active in sports administration, especially in football, having held the post of president of the Football Association of Malaysia (FAM) from 2014 to 2017. He was also the Malaysian Hockey Confederation (MHC) presi­dent and is active in polo as well.

Sports enthusiasts are proud of his appointment as the new King, describing it as a gift for national athletes as he is such an authoritative and prominent sporting figure in the country.

FAM president Datuk Hamidin Mohd Amin described the new King as the people’s ruler, who is very approachable as well as being a prominent sports figure who is very professsional in handling his duties.

“Congratulations to His Royal Highness on his appointment as the King. He is known for his open-minded personality, where he gladly accepts views from the grassroots to take the national football team to a higher level. He is just like his father (Sultan Ahmad Shah) in being people-oriented and easy to talk to regardless of rank,” he said.

Last week, Sultan Abdullah was chosen as the new Yang di-Pertuan Agong for a five-year period, effective Jan 31 at a special meeting of the Conference of Rulers at Istana Negara.

“I served as FAM’s treasurer when His Royal Highness was the president. He played a crucial role in taking the national football team to a higher level. He initiated many changes, the most important was privatising the league,” he said. 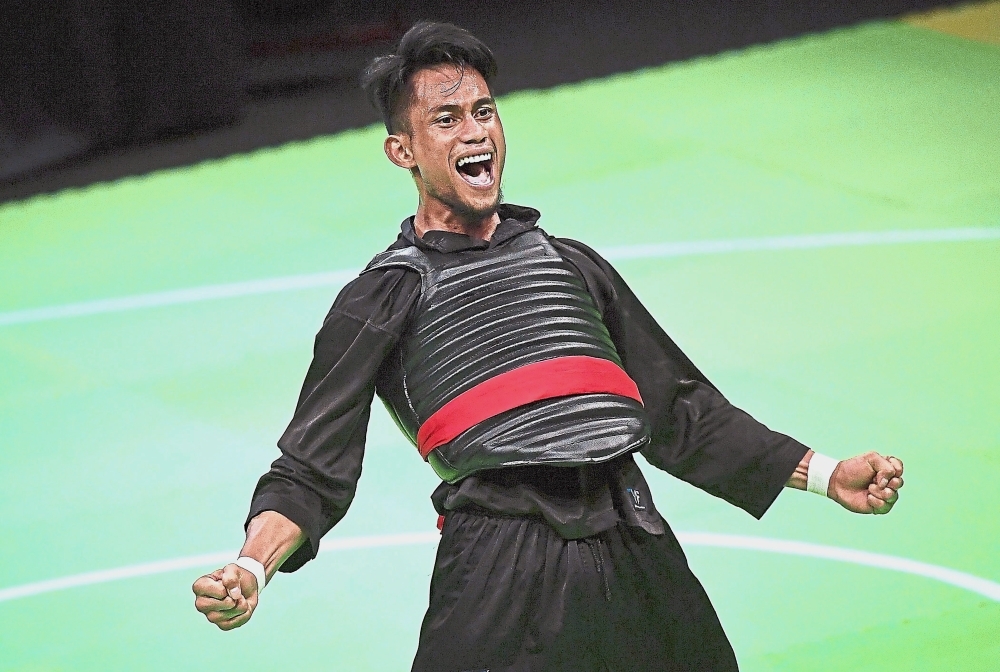 Norza also pointed out that Sultan Abdullah is highly regarded by world sports leaders and is currently in the executive committee of world football governing body FIFA and president of the Asian Hockey Federation (AHF).

Such is Sultan Abdullah’s commitment to sports that he is also active on the world stage.

“His Royal Highness not only has the people’s welfare at heart but also sports.

“Judging by his role in leading several sports associations, especially hockey, he always gives his best.

“What is more pleasing is that he is very approachable, easy to communicate with and listens to any complaints from the hockey players as well as the team’s management,” said Subahan, who had served under Sultan Abdullah in FAM and MHC.

Sultan Abdullah was MHC president from 2008 to 2015. During that time, both the national senior and junior teams achieved success.

Apart from being the MHC and AHF president, he is also a member of the executive board of the International Hockey Federation (FIH).

In polo, he is the president of the Royal Malaysian Polo Association (RMPA) and the Royal Pahang Polo Club (RPPC). Subahan said Sultan Abdullah is a leader who is fully committed to sports.

He also led the RPPC to several international tournaments at the Windsor Polo Club in England. Sultan Abdullah also likes other sports including golf, go-kart and ultralight aviation.

Meanwhile, national silat exponent Al Jufferi Jamari described the election of Sultan Abdullah as the new King to replace the Sultan of Kelantan, Sultan Muhammad V, as a proud moment for the people of Pahang.

“Congratulations to Sultan Abdullah on his appointment as the new King. As a Pahang-born, I am proud of his election.

“He has contributed a lot to Pahang athletes, and long may it continue.

“I am also praying for his ailing father, Sultan Ahmad Shah,” said Al Jufferi, who was crowned Pahang Sportsman in 2017.

“Everyone knows Sultan Abdullah cares about the welfare of athletes and the people. I hope to meet him one day,” said the 2018 Pahang Sportsman. — Bernama