Boo stressing a point at the seminar in Johor Baru.

With the new rules for 2019 set to kick in on Tuesday, the seminar was co-presented by MGA, the Johor Golf Association (JGA) and the R&A, the custodians of the game outside of the United States and Mexico.

It was also held in conjunction with the 8th US Kids Golf Championship Malaysia, which drew over 300 players from 26 countries.

The MGA hit a record number of Rules participants when 166 took part at Tanjung Puteri.

The instructors were led by MGA vice-president and Rules of Golf sub-committee chairman, and also Johor Golf Association chairman C.C. Boo. He was assisted by instructors Alan Chua, Mohammad Khairi and David Thong.

A course demonstration was also conducted for the participants for a better understanding of the rules.

The MGA, with a view to working together with the R&A to support the best interests of the game, offered the public a series of Rules Schools and club presentations. 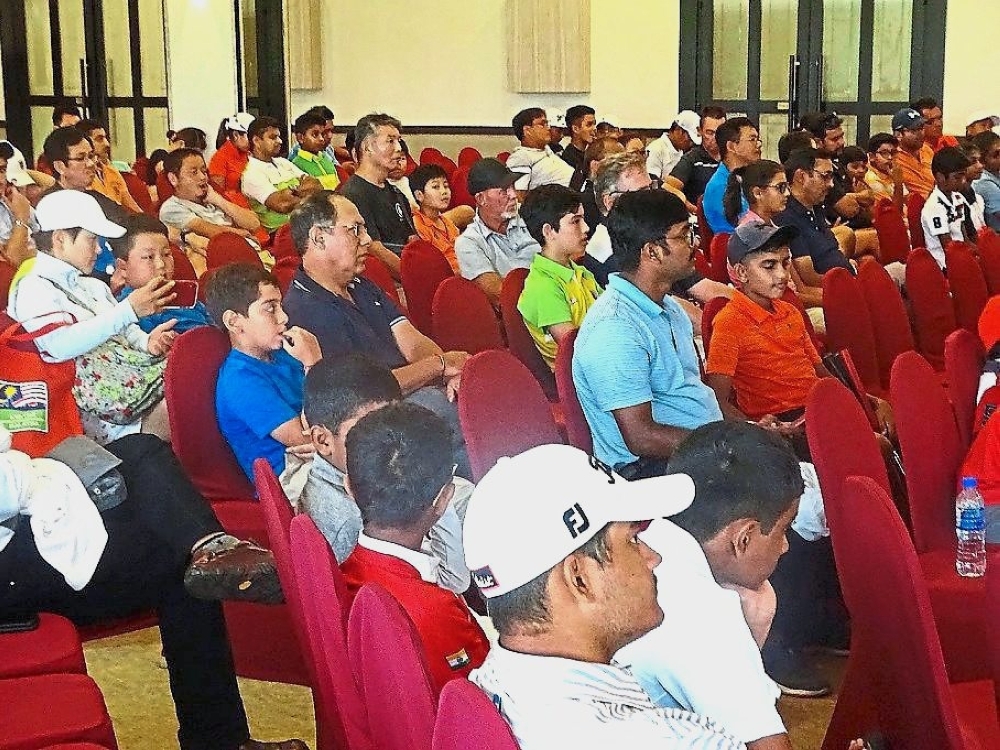 Some of the participants at the New Rules of Golf seminar.

In the recent seasons, the Rules Schools have flourished and produced a lot more qualified referees who are now offering their services to officiate at amateur and professional tournaments.

Also, club presentations benefited and many members and committees have a better understanding of the new rules of golf.

The MGA has also conducted several Rules Schools and club presentations in the Klang Valley and Johor Baru.

More seminars are lined up next year for other states in Malaysia, added Boo.