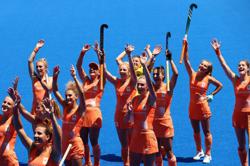 MALAYSIAN National Men’s Ice Hockey head coach Kristof Kovago could not have asked for a better birthday present after his charges took top honours in Division One of this year’s IIHF Challenge Cup of Asia (CCOA).

The national squad’s performance, which was head and shoulders above the other Division One teams – India, Indonesia and Macau – earned them an unbeaten record over the six-day tournament at the Malaysia National Ice Skating Stadium (MYNISS) in Petaling Jaya.

It was the national squad’s first gold medal since making their debut in 2007 and comes not long after the women’s national squad took their maiden gold last month.

Malaysia kicked off their campaign with a 12-0 hammering of Indonesia for their first match and followed up with 7-1 as well as 10-1 scorelines against Macau and India, respectively, to top the round robin table.

Facing Indonesia in the semi-final, they dished our another 12 goals against Indonesia’s four to book a place in the final against team Macau which defeated Malaysia 9-4 at their last engagement in last year’s Asian Winter Games. Team Malaysia celebrating after scoring a goal against Macau in the final.

Brandon Tan Wai Kin made it 4-0 by the end of the first period and in the second period Jun Ming and Hariz each scored another to take Malaysia 6-0 ahead.

Macau managed to find their first goal from U Chi Fong, but with five minutes of play left on the clock, it was all but over.

Malaysia’s Loke Ban Kin found another for Malaysia in the 58th minute while Lei Meng Chi from Macau converted another goal in the final minute to set the 7-2 scoreline in stone.

With the title, the Malaysian men’s team will be promoted to the Top Division of the CCOA next year where they will face Mongolia, Thailand, the Philippines and Singapore.

It was all cheers from the Malaysian supporters when the final buzzer sounded and Kovago was on cloud nine after the match.

“I knew we had a good chance to win if we played the way we can. And the boys followed the game plan throughout the match, so I’m very happy with that.

“I have no complaints about how they handled themselves. I decided to start the match with three lines and switched back to four lines after we took the lead.

“Our aim was to overcome them with speed and finish off the game,” he said.

Kovago noted that the win was a result of two years of hard work and preparation and it would not be a flash in the pan.

While he conceded that playing in the Top Division would be a different story altogether, the team, with an average age of 22, is young and can still improve in the future.

“Some of them still have about 15 years ahead of them to play if they wish.”

National team general manager Noor Hisham Yahaya commended the players for holding their nerve against Macau, given that 11 players fielded were under the age of 20.

“They gelled well with their passing as well as teamwork and gave the crowd an entertaining match.

“The team has improved tremendously because of the constant training and most importantly, the players are really getting committed to training. Today’s result really boiled down to hard work and training.

“The 2018 season has been good for us. We managed to get gold in the Under-20 last December, followed by the Women’s gold in the CCOA and now the Men have also managed to pull in a gold.

“With the promotion to Top Division, we will need to train harder as the competition will just get tougher,” he said.

Noor Hisham said the Malaysian Men’s team was closing the gap with regional powerhouses Thailand and the Philippines, and might give them a run for their money next season.

“We are getting close. Who knows? If we put in enough effort next year, we might even beat them.

“One good indicator is that our Under-20 team is competitive against both countries. This is a sign that we are on the right track and we hope there is no turning back from this point,” he said.

“It will be interesting next season with both teams moving to the formidable Top Division, as we have been doing well in the past few men’s and women’s competitions. But the main target for us is the 2019 SEA Games in the Philippines.

“If ice hockey is included at the next SEA Games, we will also be looking at Korea or China for overseas training to further improve the players. We might even consider sending a team for an overseas league.”

He said being in the Top Division of the CCOA would serve well for the Malaysian side as a staging area before the 2019 SEA Games in which they would once again compete against last year’s Gold and Silver medallists Philippines and Thailand alongside Singapore and Indonesia.

“The men’s team will most likely be contending in the 2019 SEA Games in the Philippines but right now we are asking for Philippines to include a women’s category for ice hockey in the SEA Games so winning or losing in the CCOA is not as important as the experience gained from playing against those teams as part of our preparations,” Lee said. 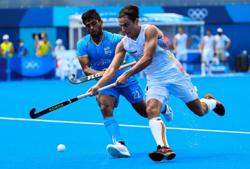