THE Miri Division Lawn Tennis Association (MDLTA) will be able to organise more activities this year thanks to the generosity of donors during a recent fundraiser.

The amount collected will benefit 11 primary schools which have joined the association’s Mini Tennis Red programme as well as fund their junior programmes which are aimed at exposing youngsters to quality tournaments in Malaysia.

MDLTA gave its juniors the opportunity to compete in Kuala Lumpur, Kuching and Bintulu as part of their development efforts. 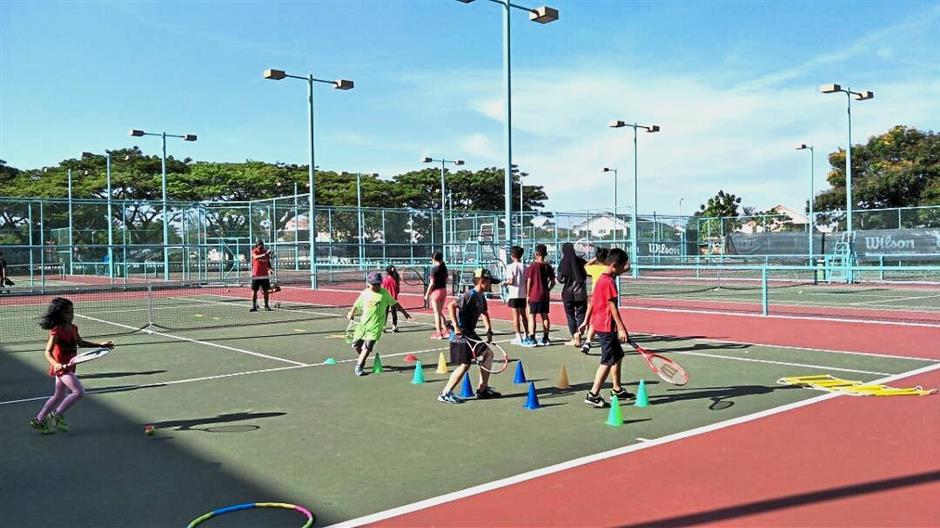 (Above and below) Miri Division Lawn Tennis Association (MDLTA) juniors learning the ropes during their weekly training sessions.

The programme was for some 50 players, with some as young as five years old.

The Chinese New Year dinner get-together at Dynasty Hotel Miri was held collectively with the Miri chapters of the Ex-Police Association (PBPM) and Sarawak Alumni Police Association. Its aim was to raise funds for each of the association to run its activities for the year while enabling members of each association to celebrate the new year with friends. Among the highest donors were Datuk Sebastian Ting who donated RM15,000 for the three associations while Datuk Lee Kim Shin forked out RM5,000.

Organising chairman of the dinner Han Hipeni, who is also MDLTA president and PBPM chairman, said the yearly celebration has been held since 2014.