Rupke wants to push his charges to the limits so that they will learn more about their own abilities.

The story of Canadian ice hockey player Jeremy Rupke is an inspirational one showing how powerful and persuasive the Internet and social media can be in sports.

The camp was part of a four-city tour in Kuala Lumpur, Manila, Bangkok and Hong Kong organised by Hong Kong-based SWOT Hockey in collaboration with the Malaysian Ice Hockey Federation (MIHF).

Rupke gained worldwide popularity through his website howtohockey.com where he posted basic how-to-play articles and videos that became the starting point for many who wanted to learn how to play ice hockey. 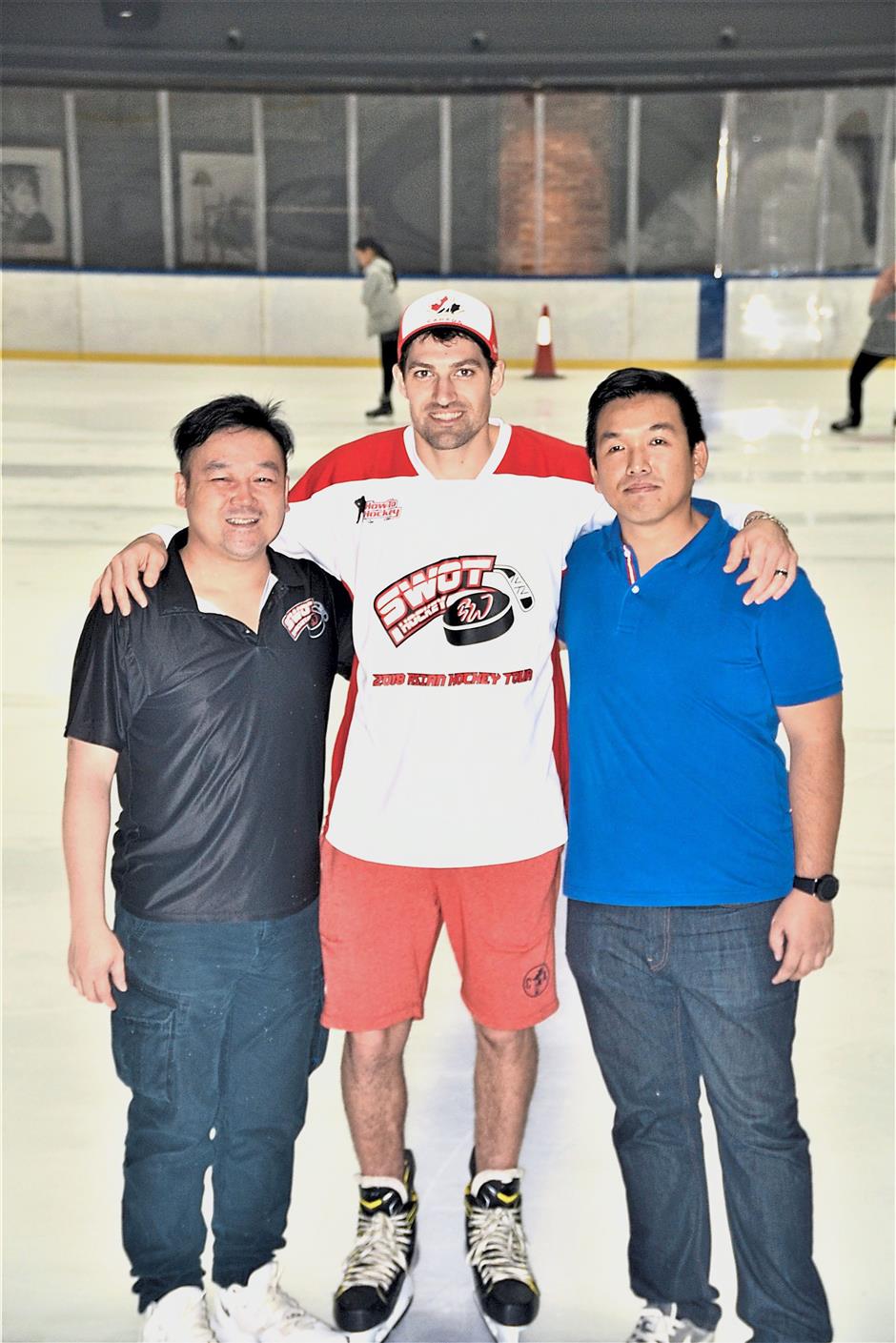 The camp commandants (from left) Fong, Rupke and Jia Yung are committed to improve the game in Malaysia.

He recalled how it all started many years ago in his hometown of Beaver, Ontario, a one-street town with a couple of stores and only 3,000 residents.

“From young I was a curious, problem-solving type. My curiosity extended to hockey and I always wanted to keep learning new things to improve my game,” he said.

“During the winter the pond near our house would freeze and we would clear it and play hockey. It was very much a family thing, I learned the game from my father and my older brother also played.”

“As I got to 16 I bought a set of VHS tapes (on ice hockey) by Sean Skinner and found that there were so many things that I did not know about hockey. So it helped me to further my knowledge of the game,” he related.

“I wanted to move to the next stage so I started looking for websites and videos on YouTube but found none. I thought about doing my own so that’s when I started the website in 2009,” he said.

“At first I thought of just putting up articles but realised that it would be hard for anyone to understand educational articles so I decided to add videos.

“I searched for places on YouTube to embed the videos but found nothing so I had to do it on my own.”

“Originally I was thinking of doing just 12 articles and videos and let it sit. But comments kept coming in from viewers asking for more videos on different angles so I just kept responding.

“I was doing the website as a hobby as my way of giving back to the sport. It was a pastime but eventually I got offers from businesses. Initially I wasn’t interested but later realised that if I made money from the site I could use it to hire more people and get new equipment.” Players moving swiftly across the ice as if in a counter attack.

Today, the 32-year-old remains a familiar online guru and keeps updating the content in the various channels to keep his fans happy.

“The website is doing really well. I don’t do much there but I continue updating all the social channels.

“The more entertaining videos can receive up to a million views,” he revealed. “One of these, “Hockey Pranks”, was a fun video which went viral.”

To-date he has many followers with a big portion in the United States and Canada which has the largest number of registered players as well as in Russia, China, Brazil, Chile, South Africa and Malaysia, among others. He has fans, as he says, in almost every country which has a skating rink.

“I’m emphasising the fundamentals in the first few minutes. Basically, I want the drills to be able to challenge each player. Once they reach that point then I will teach them to master a certain skill,” he said of the training camp.

“I recommend that they engage in sports as this will help them as they grow up it would be better if they have a strong core in terms of fitness.”

SWOT Hockey is a Hong Kong- based company dealing in the manufacture of hockey equipment for very young enthusiasts besides being a licensee for DC comics as well as organising tournaments and camps. 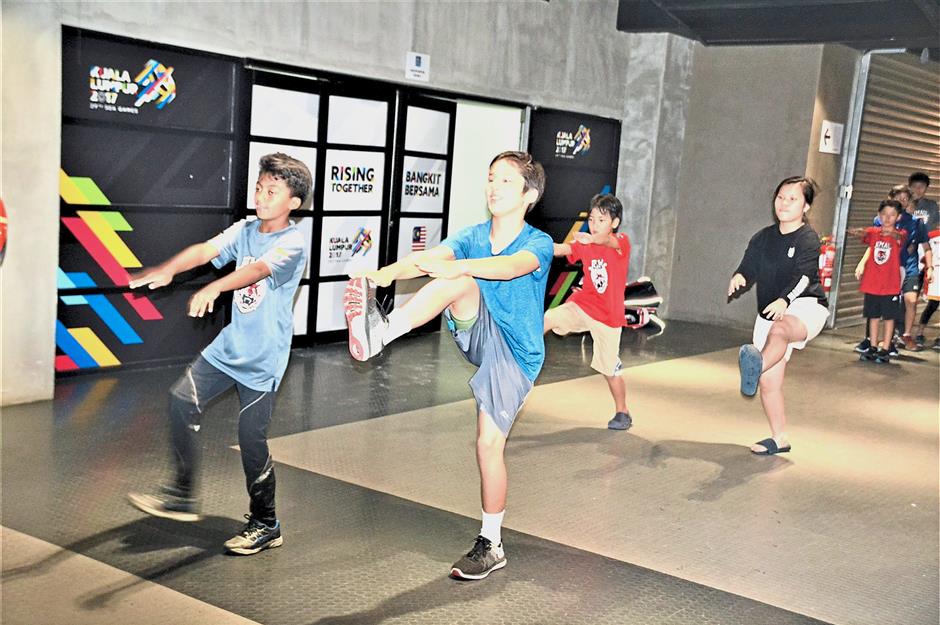 Participants going through the physical training session conducted off the ice.

“We wanted to popularise the sport across Asia with Jeremy as the main attraction,” said SWOT Hockey co-president Keith Fong.

The camp was staged at the stadium which was the venue for the 2017 SEA Games ice hockey event where the Malaysian men’s team won the bronze medal behind winners Philippines and runners-up Thailand.

Since the SEA Games it has continued to remain an active hub for ice hockey, having hosted the five-national Under-20 Challenge Cup of Asia last December which Malaysia won.

Around 40 players from as young as nine to teenagers took part in the two-day camp in Kuala Lumpur.

The tour moves to Manila and Bangkok next before concluding in Hong Kong.