A Selangor player (in white) is surrounded by opponents during their opening match against Olak in the TNM Malaysia Hockey League. — Photos: GLENN GUAN and SHAARI CHEMAT/The Star

SELANGOR redeemed themselves in their second fixture against RMAF-Rajawali in Division One of the TNB Malaysia Hockey League after getting off on the wrong foot in their opening game.

Against the younger Old La Sallians Association of Klang (Olak) team in their season opener, Selangor started well when they scored in the first minute through Mohd Alif Salehin and with Harmesh Singh adding the second in the sixth minute.

Despite settling in early at the Pandamaran Hockey Stadium in Klang, things then went downhill for Selangor from that point as Olak pulled up their socks to fend off more Selangor attacks and were able to reduce the deficit through Muhammad Irfan Haiqal Abdul Rahim’s dramatic field goal in the second quarter.

Capitalising on their momentum, Olak were able to find their much- deserved equaliser through Mahathir Rathuwan in the third quarter.

By the final quarter, both sides were in top gear fighting to find the net for the right to gain all three points. The Selangor squad discussing their strategy during the half-time break against Olak.

Selangor, who pushed hard for the winner, had many chances but were denied by Olak’s on-form goalkeeper and had to settle for a point with the score tied at 2-2.

As far as Selangor team manager Francis Xavier was concerned, the match was a disappointment and a good lesson for the team.

“We were expecting to get the full three points against Olak but unfortunately we took it easy in the second quarter and they took full advantage of our mistakes.

“In the last quarter we were really pushing hard but it was too late. Olak played well and defended well too.

“It was a good lesson for us and it will make us more prepared for our upcoming matches,” Francis said. 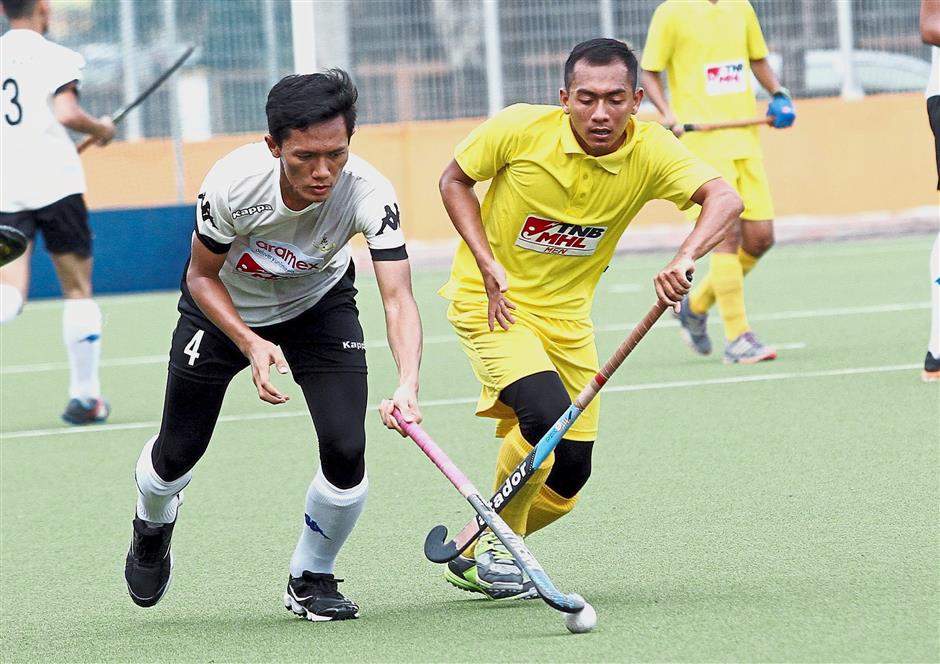 In their second match against the more senior RMAF-Rajawali, Selangor were able to find their form despite a shaky start when RMAF-Rajawali’s Tuan Abdul Walid Tuan Aziz found the net in the eighth minute.

RMAF-Rajawali piled on the pressure in the first two quarters, and Selangor were on the back foot most of the time.

But in the third quarter, a deflected goal scored by Umar Hakim Robangi gave Selangor a major confidence boost as they were able to wrest control of the game from then on.

With 10 minutes left on the clock, Selangor found another goal through Nasriq Farhan Nor Azmin, this time through a well-orchestrated penalty corner set piece as they won 2-1 and bagged full points.

Selangor Hockey Association president S. Ganesh, who was cheering from the stands at the MBPJ Hockey Stadium in Petaling Jaya, was elated after watching Selangor turn the game in their favour.

He commended the players for learning from their earlier game and showing a committed performance against the more experienced RMAF-Rajawali. 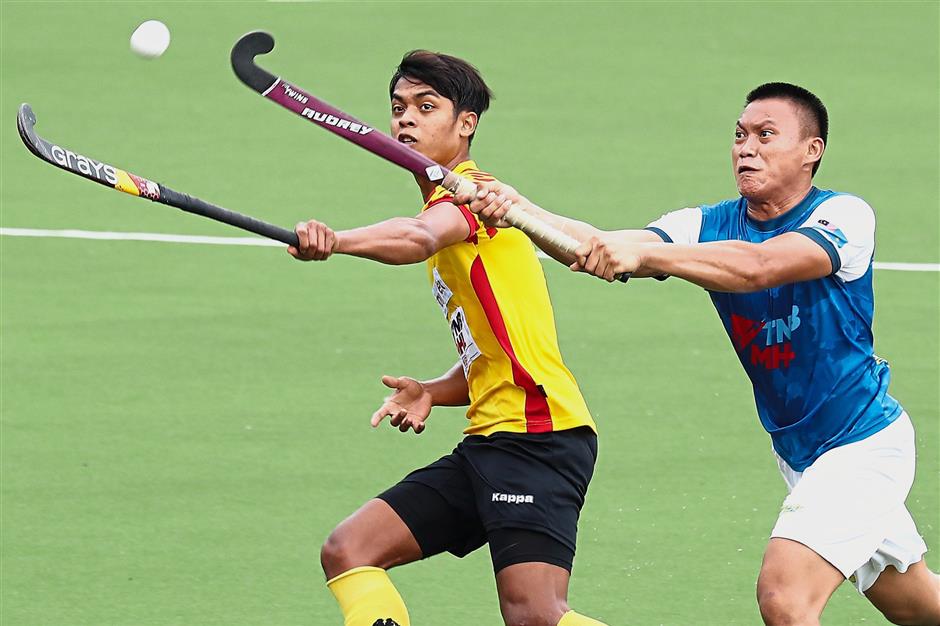 “I believe this will motivate them to do well for the rest of the season,” Ganesh said.

“Winning the second match is a big relief for us. It was a mentally tiring game.

“So after making some changes since our first game, especially on the mental side of things, the boys showed that they are capable of playing a very mature game,” said Francis.

“It is a big morale boost for us to overcome them and I hope we can maintain the momentum for our next match against Kedah and snatch another three points,” he added.

Selangor will face Kedah tomorrow (Jan 25) and it will certainly be a big test for them on their homeground (MBPJ Hockey Stadium) as Kedah is expected to field six international players.

Selangor, who are making their MHL Division One debut this season, are aiming to secure a berth in the semi-finals but for now are only focused on finishing in the top four in their group.

“We will definitely be stressing on the psychological side of things for our upcoming matches. I think we are on the right track,” Francis noted.

“We are very confident of being in the top four but we are expecting to be tested in the knock-out stages to reach the final.”