Women gearing up for tough test

Participants taking part in a mini relay run during the training session.

PARTICIPANTS of the upcoming Malaysia Women Marathon (MWM) had another gruelling training session with appointed coaches of the annual women-only race in the country.

The second session held at Subang Jaya Municipal Council’s stadium was attended by close to 50 runners who were eager to learn how to improve their running techniques ahead of the race in March.

The morning began with a warm-up session of light jogging around the stadium before personal trainers Sue Teoh and Karen Siah took over with the day’s agenda involving running drills and stretching exercises.

Teoh, who is a national triathlete, explained the importance of dynamic stretching to runners in order to prevent injuries from occurring.

“It is important to stretch and do some light warm-up before and after a run,” said Teoh, as she reminded runners even if it was a short run they should not forget to practice some form of stretching as it would be beneficial to them. 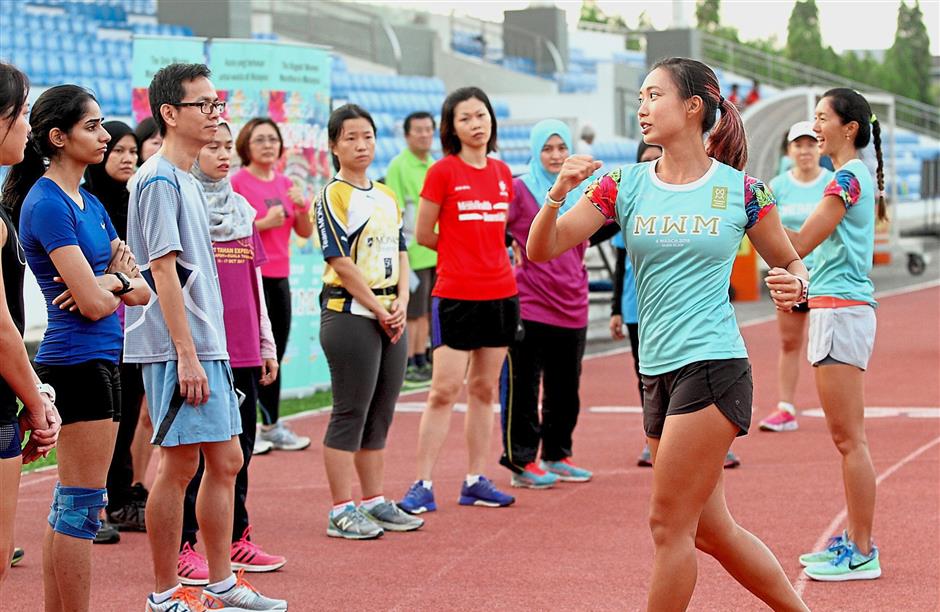 She taught participants a few stretching techniques and also tips on getting the right pair of shoes to run in.

Siah, meanwhile, shared her experience in participating in the Ironman series as well as tips on different running strides to improve one’s speed and endurance.

“It is difficult to change your style in a day, you need to constantly work on it and practice in order to get your body tuned to it,” she said.

The session ended with a short relay run between participants to allow them to put what they had learnt to practice.

Also present at the coaching session was MWM event director Karen Loh who enlightened the group on cervical cancer awareness.

Being a cancer survivor herself, Loh wanted the group to know the importance of early detection as the disease was preventable at an early stage. Coincidentally, January is the cervical cancer awareness month with teal being its official colour. 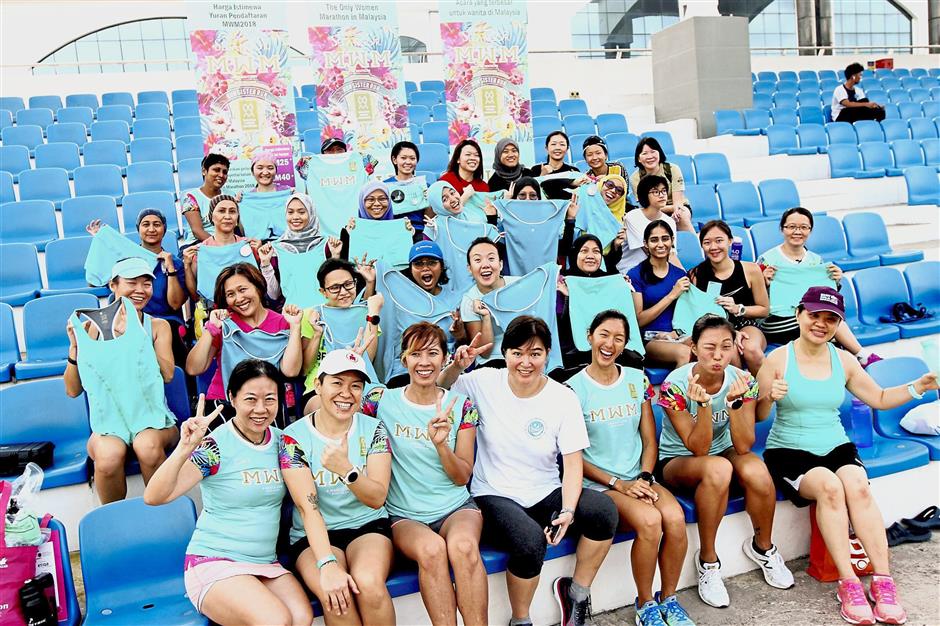 Participants showing off their teal-coloured apparel from Ash Be Nimble together with Loh (seated third from left) and Woo (in white) after the running clinic. — Photos: SAM THAM/The Star

Loh said MWM will be highlighting this issue as not much has been done for ovarian and uterine cancer.

“This year’s race will also be a platform for the International HPV Awareness Day launch on March 4,” she said.

“It is completely preventable but many women are scared or worried about the screening process. We hope to be able to change that through more awareness and talks,” said Woo who also heads the Removing Obstacles to Cervical Screening (ROSE) support group.

After the running clinic, participants took home teal-coloured apparel in exchange for a donation they wished to contributed towards ROSE.

The next running clinic for MWM will be held on Jan 20 with coaches Karsten Korbel and Darren Looi. For details, visit Malaysia Women Marathon’s Facebook page.