FROM the public fields tucked in the middle of a suburb to the stadiums in Bukit Jalil; from the athlete representing their schools to the athletes chasing glory on the international stage, 2017 gave us many reasons to be happy and sad as we bid farewell to the year.

The KL SEA Games, which we hosted for the sixth time in the 29-year history of the games, was a hot topic this year. The torch run which began in May managed to spread the flames of sporting passion throughout the nation as Kuala Lumpur Sports City became the focal point of the region.

After all the hard work, we celebrated the victories with joy and learned from the upsets. 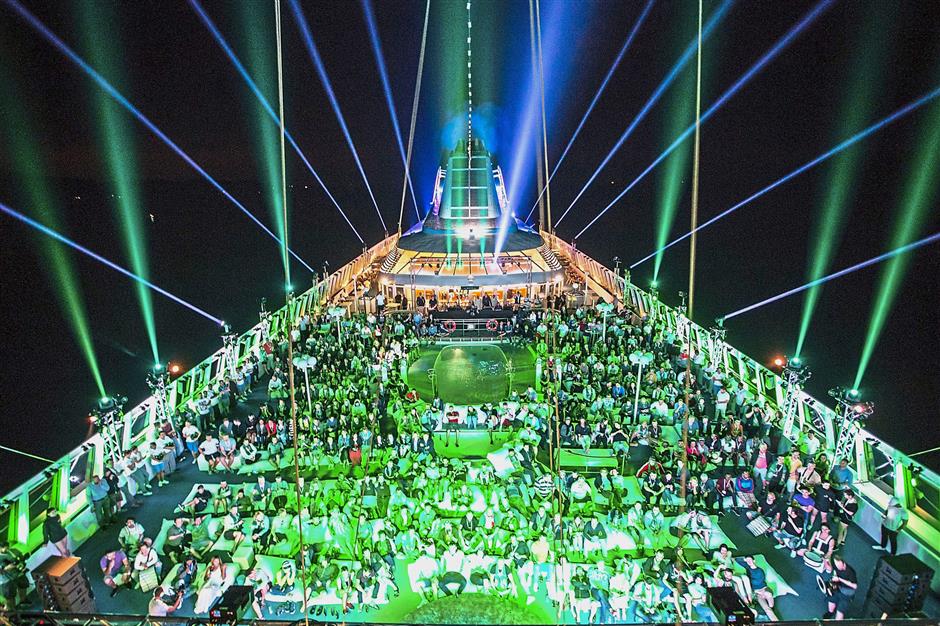 The atmosphere on the upper deck of the cruise ship in Greece where Heineken guests watched the Champions League final was simply electrifying.

In a bid for the gold medal, the national futsal team spent the first days of Hari Raya Aidilfitri in China for an international friendly. But the team that has been rising steadily through the rankings since last December, had to settle for a silver.

Similarly with the blind football team in the Asean Para Games, many of whom took time off from work and their studies. After months of preparation, they were forced to swallow a bitter pill when they had to settle for bronze.

Our Deaflympics contingent, though unknown to many, managed to bag a silver medal at the World Games in Turkey this year in the badminton mixed doubles category.

Kudos also to the Malaysian national dodgeball team for creating history after bagging both the Men’s and Women’s titles at the World Dodgeball Championship in Canada. 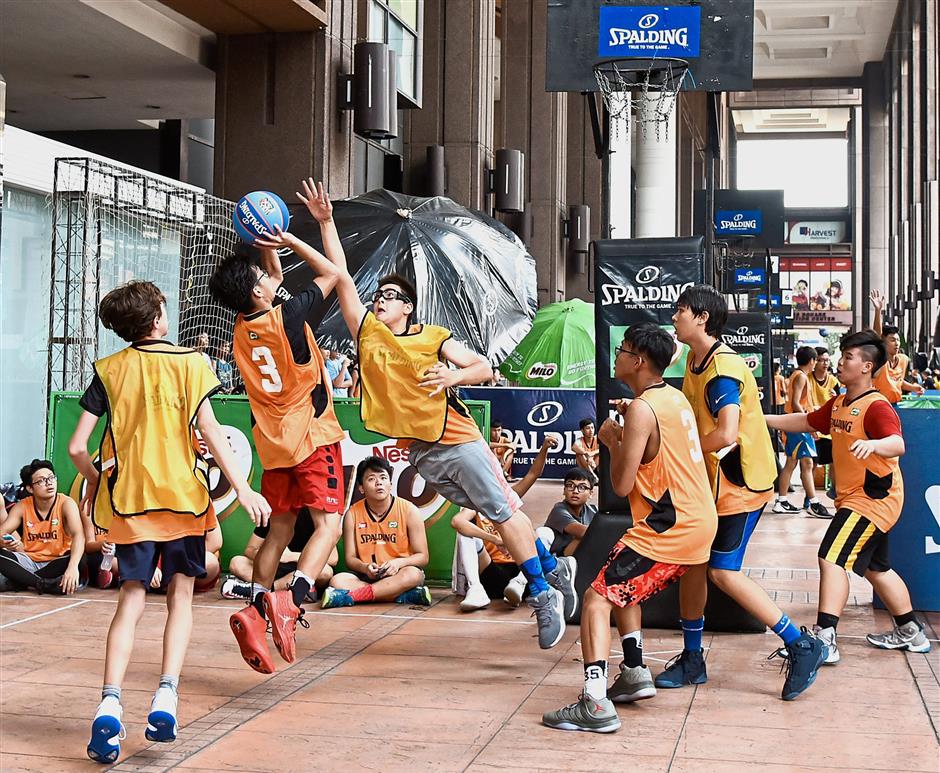 The teams at the Spalding 3x3 Basketball Challenge showed commitment, tenacity and skill throughout the event.

Football, whether one watches or play, remains popular as ever. This year, The Star collaborated with Heineken Malaysia for the UEFA Champions League Contest, where one lucky fan was sent on a trip of a lifetime to catch the final match on an all expense-paid luxury cruise in Greece.

The 16th edition of the Sultan of Selangor’s Cup also did not disappoint. The Singapore Lions held on to the title in front of their home fans, but only after a nervy end that saw Selangor staging a gallant fightback after going three goals down. Sivam will be remembered for his contributions to the local sports fraternity.

The Selangor Champions League – initiated by the Raja Muda of Selangor Tengku Amir Shah through NGO Selangor Youth Community (SAY) – though in its infancy, is proving to be a highly anticipated and hotly contested event among the best social football clubs in the state.

Under SAY, this year also saw the introduction of its Selangor Grassroots League, a new competitive platform for Under-12 players to improve the quality of their game and identify more talents at the grassroots level.

In August, the sporting community received shocking news of the death of veteran journalist Y.P. Sivam. 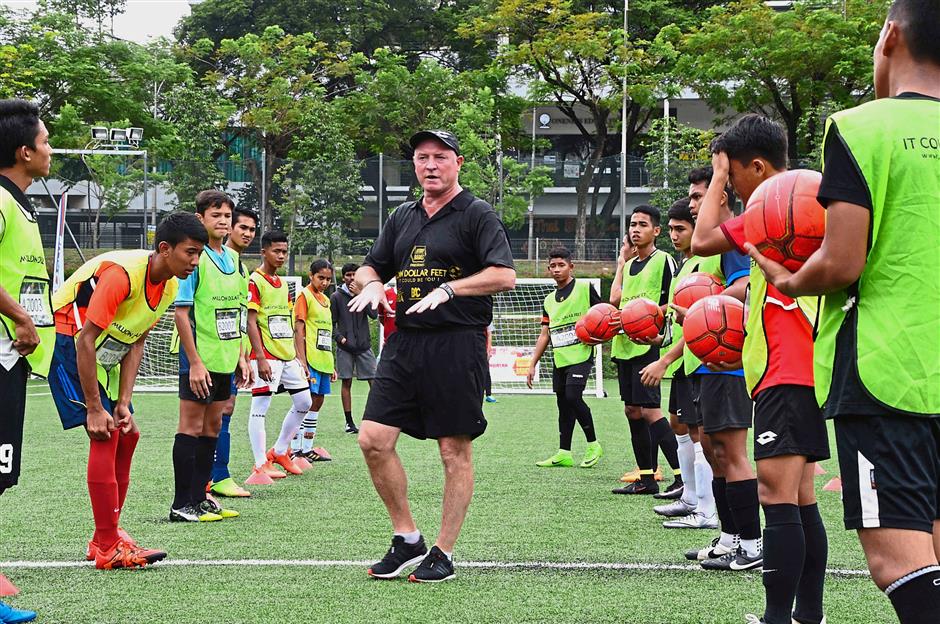 Former Liverpool captain and Million Dollar Feet head coach Steve McMahon (centre) briefing the 14 finalists as they get ready for their final test during the grand finals in October.

Aside from covering myriad events from grassroots to mainstream sports in his 30-year career, Sivam was actively involved with the Malaysian Indian Sports and Cultural Foundation where he served as technical director and was instrumental in the founding of Sukan India Malaysia (Sukim), which gives young athletes from the community a platform to develop and hone their skills.

Homegrown racquet sport jombola continued its expansion by getting adopted into more Selangor schools. The sport had its first ever open tournament this year and with its growing popularity we can expect more to come.

We saw corporate bodies new and familiar continuing to give strong support to a host of sporting events and leagues around the country too.

Nestle Milo with its numerous initiatives like Champion’s Clinic and Milo Hidup Bola continue to be a stalwart of the country’s grassroots sports development. 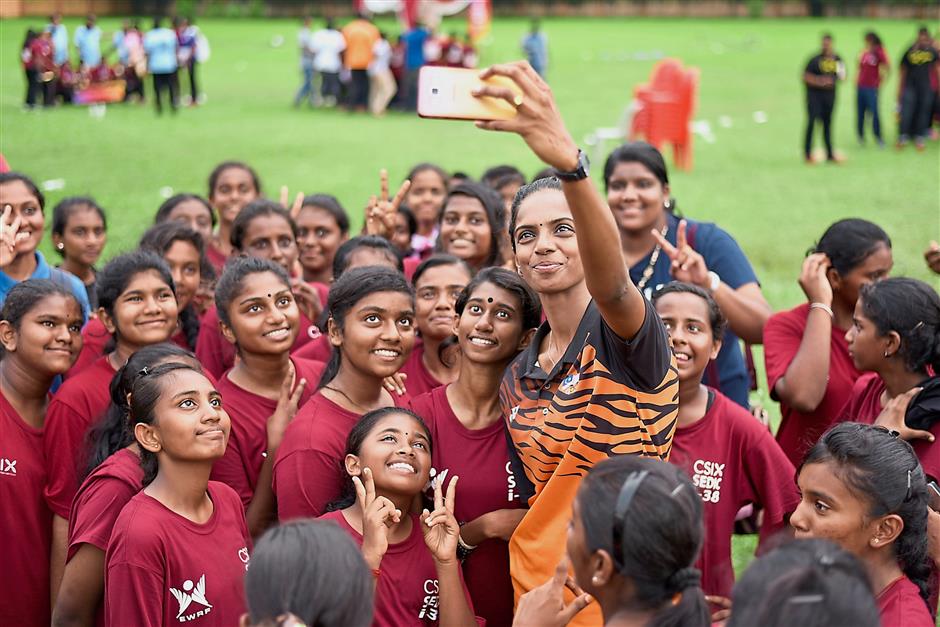 The second season of this year’s Million Dollar Feet saw Wan Muhammad Irfan Wan Nizar and Muhammad Diniz Irwan taking a step toward their dreams of playing for a renowned football club after getting chosen out of some 10,000 hopefuls around the country and travelling to the UK to showcase their skills in front of top European scouts and academies.

Their performance, which left a positive impression, might just give them the same opportunity as last year’s winners who secured a football scholarship from the prestigious Brookhouse Football Academy and take Malaysian football to the next level.

It is one thing to monetise the combined value, but the exposure gained by the next wave of future champions is priceless. 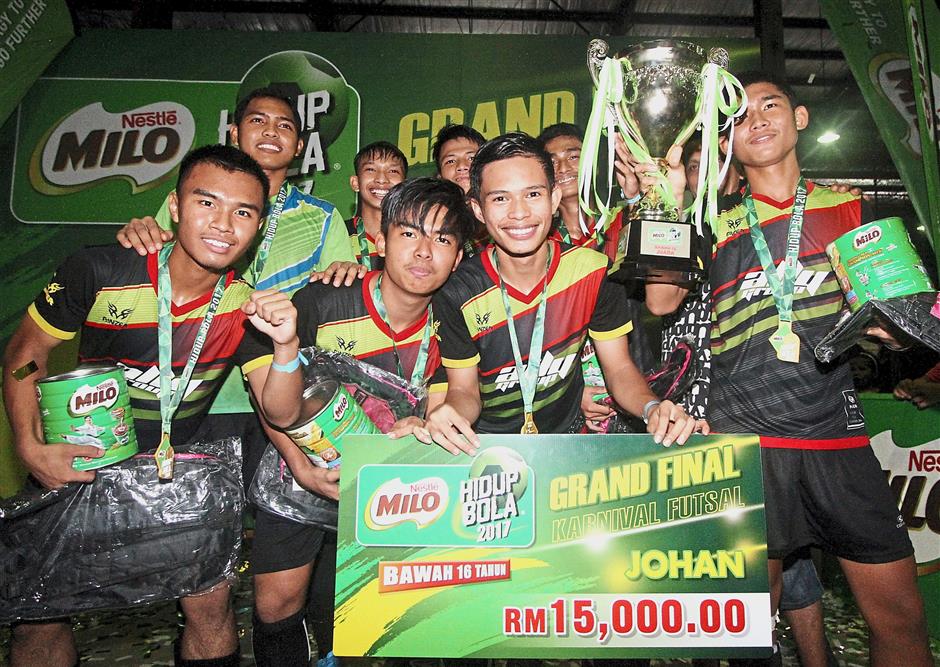 Ally FT (A) became arguably the best Under-16 futsal team in the country after emerging champions in the 12th Milo Hidup Bola Grand Finals.

As Nelson Mandela said, “Sports has the power to unite people in a way that little else does.”

Some choose to use it as a means to build bridges through inclusiveness like the Special Olympics Selangor State Games and Special Spartans Race where individuals (with intellectual and or developmental disabilities) celebrate their abilities and overcome challenges.

Others use it to reconnect with old school friends (Kuala Lumpur Old Boys Cup), bring a community together (Subang Jaya Community Youth Football League and Matrix Community Football Club) or even as a tool for social development such as the EWRF National Netball/Football Tournament and MKH Berhad Badminton Outreach. 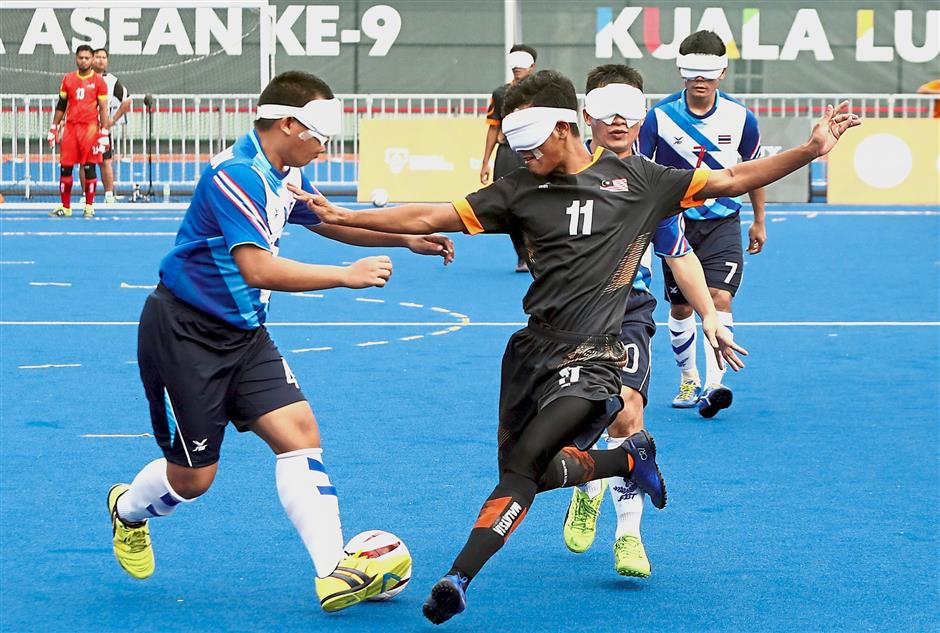 Homegrown sports jombola saw an influx of new players and rise in the quality of the games through schools. Jombola Association Malaysia now aims to go outside the school environment so more people can get involved.

With 2017 coming to a close in a couple of days, we at MetroSport are hoping for a memorable 2018 as we strive to support local sport from the grassroots all the way up to the Asian Games, Commonwealth Games and Winter Olympics.

Here's wishing everyone a happy and blessed New Year.